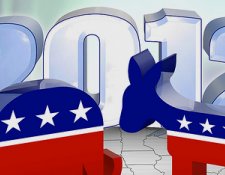 No matter what side of the political fence you happen to prefer, chances are you’ve seen examples of politicians who are using social media effectively.

With the 2012 U.S. presidential election on the horizon, the role of social media in politics is likely to factor more prominently than ever. Whether you’re considering a run in politics, or simply interested in following politicians through a social media lens, here are three politicians with expertly run social media campaigns. Track the course of their social media activities into the next election and decide for yourself how big a factor social media plays in the outcome.

Prior to his 2008 presidential campaign, Barack Obama benefited from a tactic that’s now commonplace on social media — he got an endorsement from a highly influential individual. In this case, the endorsement came from none other than Oprah Winfrey. Although this was not an actual “social media endorsement”, it signaled an understanding on behalf of Obama how important mobilizing the public would become in the ensuing social media campaign.

Of course, the metrics of Obama’s social media success in the aftermath of the 2008 election have been well documented. Most of us are also familiar with President Obama’s insistence of maintaining his BlackBerry device once he assumed office. Arguably, this marked a turning point U.S. history, as Obama went on to become the first sitting President to have his own Twitter account (@BarackObama).

Much like his political strategy of collaboration, Obama’s social media strategy is less about “top-down” one-way communication and more about inclusion and engagement. For example, not long after assuming the presidency, Obama launched the Change.gov website to continue the interaction between the public and the President that it elected. The idea was to use public input to help the government-elect transition into power.

Fast forward to 2011, and it’s clear that the importance of social media in the current political landscape is not lost on President Obama. In July 2011, he conducted a live Town Hall meeting on Twitter and followed that up with Town Hall meeting on LinkedIn in September. The Barack Obama Facebook Page has over 24 million fans while the White House’s Office of Public Engagement lists ways that the public can communicate with the government through podcasts, photo galleries, streaming video, and more.

Ron Paul, current member of the U.S. House of Representatives, is also running for the Republican Party nomination for President. Like Newt Gingrich, Ron Paul employs a Facebook Landing Page, but unlike the static image that greets visitors to Gingrich’s page, Paul’s page displays a live ticker showing the amount of funds he’s currently raised for his campaign. The landing page also contains clickable calls to action, in the form of “Donate Today” and “Receive Updates” buttons. Other engaging features include Twitter Follow buttons, an embedded Twitter stream, and an interactive map where people can find Ron Paul meetups all over the world. Although not as popular as Gingrich, Ron Paul has amassed over 200,000 fans on Facebook.

On Twitter, the @RonPaul account has over 100,000 followers. The timeline is punctuated with strategic hashtags like #RonPaul, #budget, and #economy and it looks like the Paul campaign actively engages with other Republican presidential nominees as well.

Online video seems to be another one of Paul’s strong points. His YouTube channel has over 27,000 subscribers and his videos have collectively received over 3 million views. Judging from Ron Paul’s Klout score of 71, it’s clear that he has established an influential footprint in the social media space.

Social Media has brought transparency to individuals, businesses, and politicians alike. The immediacy and reach of social media means that news and information can go viral and be picked up by news organizations all over the world, in a matter of minutes.

More than ever, social media can impact the results of any politician’s campaign. Use any of these high profile politicians as inspiration on how to connect with a national audience using the power of an expertly crafted social media campaign.

Don Power: Don is the Managing Editor of Sprout Insights. He writes content and edits articles produced by others. Don is also a Social Media Consultant. Professional Speaker, and Author of Twitter for Skeptics.