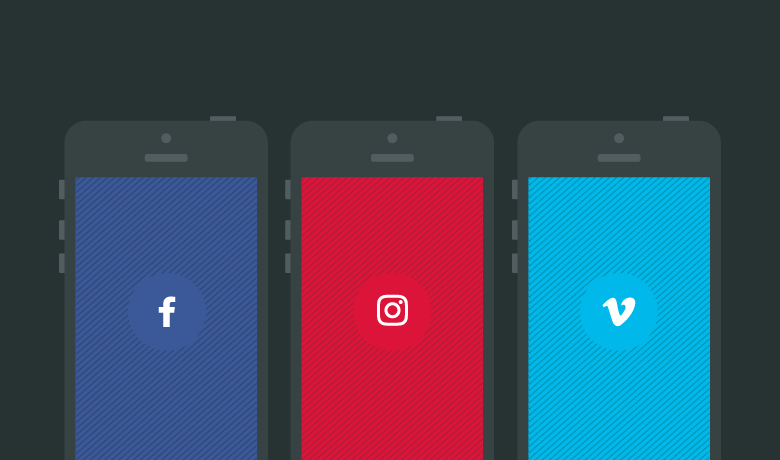 Despite popular belief, not all social media platforms are created equal.

Many marketers box themselves in when they only think “social,” despite the wealth of platforms available today.

From the most popular platforms to the more obscure, it’s crucial that marketers today understand the best practices of any many social sites they can. From micro-communities to household names, we’ve broken down the five types of social media every marketer should be well aware of.

The term “social network” is synonymous with Facebook, although the big-picture concept applies to most major social sites.

The purpose of social networking is pretty straightforward: that is, to provide users a platform to connect with others. Of the various types of social media, networking sites such as Facebook, Twitter and LinkedIn represent the bread and butter of modern marketers. After all, these sites put marketers on a level playing field with their clients, customers and leads when it comes to, well, networking.

So, what do social networking sites look like in action?

Boasting well over 1.2 billion daily active users, Mark Zuckerberg’s brainchild put the concept of social networking on the map. Facebook’s diverse demographics cover just about every location, age group and level of income, making it a prime hub for personal and professional connections alike. As a result, Facebook ads have become a goldmine for marketers as just about any audience is already built into the platform.

Offering more of a “suit and tie” vibe for its users, LinkedIn represents the go-to platform for those looking to connect with industry professionals. Unlike other sites where just about “anything goes,” LinkedIn is laser-focused on industry-specific content. Allowing users the opportunity to put themselves in front of CEOs and executives, LinkedIn represents social networking in its purest form.

Emphasizing bite-sized content and updates, Twitter gives users the ability to connect with just about anyone in an instant.

Brands. Celebrities. Customers. You name it.

Don’t let the 140-character limit fool you, though: Twitter is a potential powerhouse for mobile marketers. In the right hands, the platform represents an incredibly powerful branding tool.

From responding to customer concerns to getting in touch with influencers, there’s a reason why nearly half of marketers agree that Twitter is the best platform for customer engagement.

As a result, new types of social media based primarily on images have emerged. Image-sharing platforms like Instagram and visual messaging apps such as Snapchat exploded in popularity in recent years. In fact, Instagram is on a fast-track toward one billion users as Snapchat’s recent IPO has dominated the tech world in 2017.

As a quick aside, Instagram and Snapchat do have video capabilities. However, most of their marketing power comes through imagery.

But why are image-based social platforms receiving so much love? For starters, such sites:

Of the various types of social media, image-based platforms cover a wide range of industries and audiences as noted below.

Don’t write off Instagram due to its reputation as a place for little more than selfies and celebrity gossip. Given that 65% of the top performing posts on Instagram contain products, there’s no need for marketers to be shy when selling via visual content.  Meanwhile, there’s perhaps no better platform today for encouraging user-generated content and creating a connection with your customers.

Snapchat’s “self-destructing” photo messaging platform has proven to be a massive hit with millennials. Although its variety of fun filters are indeed amusing, its marketing power seems to be reserved mostly for bigger brands for the time being. That said, smaller teams are finding creative ways to market via Snapchat to build a sense of hype around their products.

Regarded as a “social bookmarking” site, Pinterest is a unique beast. Acting as a digital pinboard for users, Pinterest serves as a platform for inspiration, how-to’s and “hacks” primarily in the B2C space (think: fashion, food and beauty). With the platform boasting 5% of all sales referral traffic, it’s clear that visual content is second-to-none when it comes to ecommerce.

Although once merely an image hosting service, Imgur now serves its own community of contributors and commenters. Primarily a home for memes, humorous graphics and comics, Imgur provides marketers a pulse on which images are buzzworthy to the blogosphere.

YouTube boasts well over one billion daily users, signaling itself as a major player in the social sphere. While some may doubt YouTube’s status as a social platform, it’s massive community of creators would beg to differ.

Versus the other types of social media, what do video sharing sites have to offer marketers? For starters:

Marketing via YouTube does not mean creating an endless stream of commercials.

From education to entertainment, brands are promoting YouTube channels for just about any niche. For marketers, YouTube provides yet another avenue to show off products “in the wild.” Through tutorials and unboxings, brands are simultaneously teaching and selling to audiences en masse via video.

Vimeo has the distinction of being the first video site to support HD video uploads. As such, Vimeo’s community is made up primarily of professional filmmakers, editors and marketers looking to show off their latest work. A far cry from the world of car vlogs and off-the-cuff videos, Vimeo’s content is typically elegant and eye-popping.

In the wake of social networking, many critics may claim that traditional blogging has gone the way of the dinosaur. That said, brands who blog receive more leads and SEO juice that those who don’t. Despite the numerous types of social media platforms out there, there’s still plenty of power in blogging.

As a result, social blogging sites like Medium and Tumblr have emerged to provide marketers fresh ways to engage their audiences via written content. The benefits of such platforms for marketers include:

Positioning power, as those who frequently publish on Medium may build themselves up as an authority in their space.

Medium represents a publishing platform that covers just about every corner of the web. Part of the beauty of the platform is that it’s open to anyone from aspiring bloggers to industry rockstars. Between building authority to reaching new readers, Medium is a modern must-do for brands looking to expand the reach of their written content.

Tumblr represents a sort of throwback to the old days of Livejournal. Supporting text, image and video-based content, Tumblr blogs give users a little bit of everything. Although not a major priority by most marketers today, niche 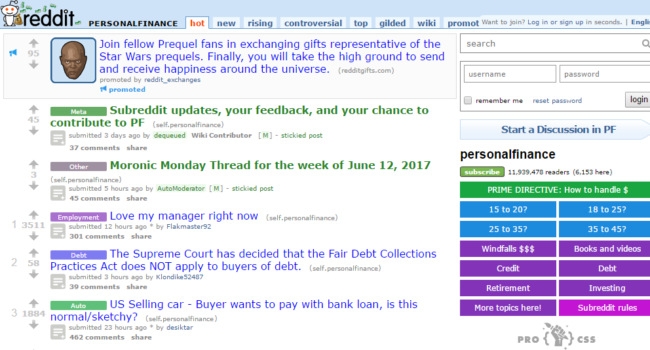 The self-proclaimed “front page of the Internet” is home to a well over a million niche communities in the form of subreddits. Anything from personal finance to cat memes is fair game for debate and discussion. Representing the number one hub of discussion online today, Reddit essentially picks up the slack from old-school niche forums of the past, all in one place.

Quora is a community quite literally centered around answering questions. Users can customize their question streams and profiles based on their interests, allowing them to essentially upvote and downvote answers accordingly. Ideally, the cream rises to the top in terms of the quality of answers, leading to major clout for those able to provide worthwhile responses to users.

What Types of Social Media Matter Most to Marketers?

There’s obviously no shortage of platforms for marketers to promote themselves and reach new on behalf of brands. Although comparing strategy for many of the different types of social media might be apples and oranges, this diversity signals good news for marketers.

What social media platforms do you think will continue to be mainstays for marketers? Any sleeping giants? Let us know in the comments below.