Twitter is one of the most established social media platforms available to businesses today, which has created a lot of stiff competition. As a result, trying to differentiate yourself from the millions of other companies fighting for users’ attention is difficult. How do you stand out on a social network that has over 320 million monthly active users?

You could use Twitter ads, try Tweeting more frequently or do influencer outreach. However, there’s a solution that’s built right into Twitter’s mobile and desktop apps that you’re probably overlooking. We’re talking about Twitter Video.

Twitter Video gives you an opportunity to connect with your audience on a more personal level, tell better stories and create a richer experience. If you’ve been contemplating getting into video marketing, then Twitter Video could be the perfect starting point.

A better question is why not? Twitter users love video and this is especially true for those on mobile devices. In fact, 82% of users watch video content on Twitter. Not only that, but Tweets with video get more engagement.

Twitter Video allows you to create and share videos directly from the platform. You can either record videos using Twitter’s mobile app, or upload your own videos through Twitter.com or the iOS app. Similar to Twitter’s 140 character limit, you also have a 30 second time limit for the length of your videos.

It certainly helps to know the Twitter video specs and length for your ads. Learn more about the various social media video specs with this complete guide. 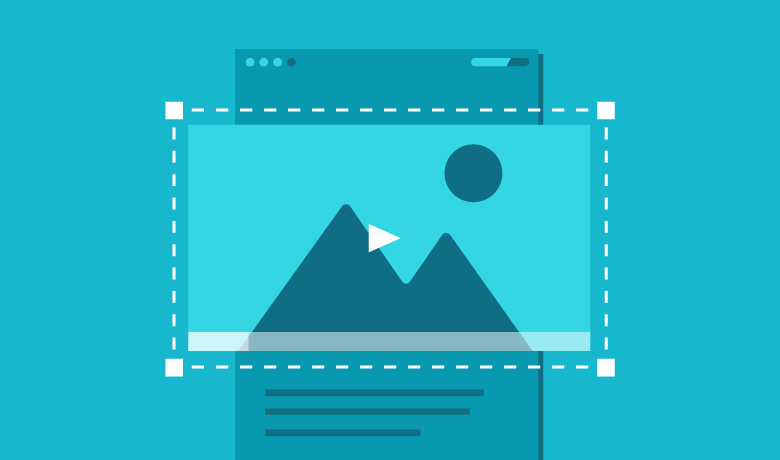 Last Updated: April 15, 2020 Staying relevant and capturing your audience’s attention is a constant challenge for marketers. And now Read More …

This works in your favor because the longer a video is, the less of it a user will watch. More than 80% of users will watch a full video if it’s 30 seconds or less, which makes Twitter’s bite-size clips the perfect length to keep users engaged.

Getting started with Twitter Video is also very simple. Within the app, you just have to tap on the camera icon. Then, make sure you have the video recorder icon selected, not the camera.

All you have to do is hold the video button down to record. It will stop recording when you let go of the button. If you want to add more clips to the same video, just hold down the record button again.

You can drag-and-drop the pieces of your video to arrange the order. You can also tap and hold a specific piece and drag it up to delete it from the video altogether.

When you’re happy with the video, simply tap done and you’re ready to share. Make sure you preview your video before you Tweet it because you won’t have the ability to go back and edit it once you’ve completed the process.

If you have any issues adding videos to your Tweets, you can read through Twitter’s Help Center page.

Twitter Videos play directly in users’ timelines, so you don’t have to click a link to view them.

Understanding how Twitter Video works is the first step. The next step is figuring out how to implement it into your marketing strategy to grow your brand and connect with your audience.

If you want to make your replies more personal and custom, consider recording a video instead of the standard 140 characters of text. Video responses are more engaging, they stand out and a video allows you to put a face behind your brand.

The best part about Tweeting video responses is that so few businesses actually do it. Taking that extra step can give you an edge over your competitors. Just ask Gary Vaynerchuk.

We interrupt my normal stream of content for this important message pic.twitter.com/YzPbjGrMQQ

The next time someone Tweets you with a question or comments about something you shared, try replying with a video.

This tactic piggybacks off of the previous one, but takes social customer service to the next level. If your brand has some noteriety and you have a decent following, there’s a chance that people have questions to ask you. You could host a Q&A session on Twitter, similar to a Twitter Chat where you answer questions from the platform.

These have been around for a while now, but most brands only send standard text Tweets. Integrating Twitter Video is a way to spice things up and make the experience even more personal.

Did something so unbelievable happen that the only way anyone would believe you is if you recorded it? When those moments happen, it’s the perfect opportunity to use Twitter Video.

NYC: Video of a cow running around in Queens earlier today on 164 St and Jamaica Ave. pic.twitter.com/c5ONO8u4RR

The video pictured above not only made a lot of noise on Twitter, but it also generated interest from news outlets.

We live in the information age. People love content that educates and shows them how to do something new. Twitter Video is a great platform to provide valuable how-to content.

At first, 30 seconds may not seem like enough time to fully explain your topic, but that time constraint actually results in videos that are simplified, and therefore easier to follow.

In honor of National Cheese Lovers Day, Thrillist put together a 25-second recipe video showing how to make grilled cheese pull apart bread. As you can see from the video, you can take a process that may take several minutes to complete and cut it down to under 30 seconds by focusing on the most important steps.

Think of something you can show your audience how to do within 30 seconds. Then, record a video and upload it to Twitter. Since the video editing features within Twitter aren’t very extensive, you’ll need to record and edit your video outside of the app and upload the finished product.

Building up anticipation before you release a product or piece of content is one of the best promotional strategies you can implement. It gets people talking and builds up the buzz.

Since teasers are short, a 30-second video makes perfect sense.

New episode of This Week On Xbox drops tomorrow. I'll post the full version here here on Twitter. And your Xbox One.https://t.co/T0xz4hw3fx

Microsoft’s Larry Hryb does a weekly YouTube segment called “This Week On Xbox” where he gives viewers insight into what’s new in the world of Xbox. The day before releasing the full video, Hryb posts a short teaser on Twitter to give his followers a sneak peek. These teasers start the conversation ahead of time and reminds users to check out the full video the next day.

You can use teasers for product launches, events, new content or anything else that you want to build hype around. In your video, give your audience just enough of a preview to get them excited for the release.

When you send out a Tweet, most of the people who see it will be your followers. However, when you Tweet about a trending topic or hashtag, your Tweet can show up to millions of users who scroll through the Moments section of Twitter. Make your Tweets about trending topics are more engaging by using a video instead of just text or an image.

Videos really stand out in a sea of pictures and text. When #Blizzard2016 started trending on Twitter, Virginia Tech made a 12-second video showing the school’s football field covered in snow. Choosing to go with a video rather than just a picture created more engaging content and enticed users to check out the video as they scroll through the the list of Tweets.

Take a look at the topics that are trending on Twitter and come up with a creative idea to make a video based on what you find.

Aside from staying in tune with what’s happening around the world, one of the main purposes of Twitter is entertainment. Apps like Vine, Instagram and Snapchat prove that video is one of the best ways to create entertaining content. As a result, we’re seeing a lot of major brands and influencers use Twitter Video to create non-traditional content for promotion and brand building.

With the final season of America Idol gearing up, host Ryan Seacrest turned to Twitter to create a video that was funny and entertaining, rather than purely promotional.

With video, you don’t have to shove your products into the viewer’s face. Notice how the video didn’t tell you to watch the show, or even what date/time it aired. It was just an enjoyable clip that keeps American Idol in your mind, but doesn’t hard sell you.

Behind The Scenes Look

Giving users a look behind the curtains of your business is one of the best uses of video marketing in general. Twitter Video gives you an easier way to do it since all you have to do is hold down a button and record, then send out your Tweet. You don’t need expensive video equipment or professional lighting. Let your audience see what goes on behind the scenes with a raw video, and you’ll be able to start building brand loyalty.

last minute before my first appearance on stage #staracarabia pic.twitter.com/tNqhiJfixR

Singer and songwriter Carole Samaha let her fans get a glimpse of what the last few seconds behind the stage look like before she steps out. Even though her audience can’t physically be there, it helps paint the picture of what the experience is like from her point of view.

Transparency is crucial if you want to build a tribe around your brand. Don’t be afraid to show your audience what goes on behind the scenes. It could be a clip of a team meeting, how you create products or other parts of your company that consumers normally wouldn’t get to see.

Twitter recently made a big move by adding better integration with Periscope.

Periscope has quickly grown to be one of the biggest players in social video marketing. The app gives you the ability to live stream videos right from your phone. Up until now, if you were to Tweet your Periscope broadcast, users would see a link in their timeline that they’d have to click on. But now, Periscope broadcasts play directly inside Tweets for iOS users.

This could help Twitter video marketing significantly because Periscope is blazing hot right now. You’ll have the ability to bring your broadcasts to your Twitter audience and get very creative with your social media marketing efforts.

While you’re producing all of these videos, don’t forget to keep track of what your audience responds to the most. You have a couple of options to track your stats.

First, you can use the Tweet Activity button in Twitter. It’s right below all of your Tweets.

This will show your video’s impressions, views and engagement.

For even more insight, you can use Sprout’s Sent Messages Report to quickly compare the stats of your Tweets against each other. This way you can easily see which Tweets perform the best. Learn more about Sprout’s Twitter Analytics tools.

Right now is the perfect time to take advantage of Twitter Video. Twitter is starting to focus heavily on video as you can see with the Periscope integration and their purchase of Vine back in 2012. And with the success of other video based social media apps, video marketing is only going to continue to explode. Become an early adopter and take advantage of everything Twitter Video has to offer.