Social media has left its mark on almost every industry and, as we’ve seen, the sports and entertainment world is no exception. In 2012, more than 80 percent of sports fan interacted with social sites while watching games on TV, and more than 60 percent did so while watching live events. Stats like these have forced athletes, coaches, the media, and brands to become more strategic on social channels.

From real-time coverage and fan forums to pre-game sneak-peeks and offline tweetups, we’ve seen the sports world do incredible things using social media. One of the best ways to rally a community around your team is through hashtags. Supported on most major platforms, hashtags have become a powerful tool for uniting fans and tracking conversations.

Here are some inspiring examples of how the sports industry has leveraged hashtags over the past couple of years. 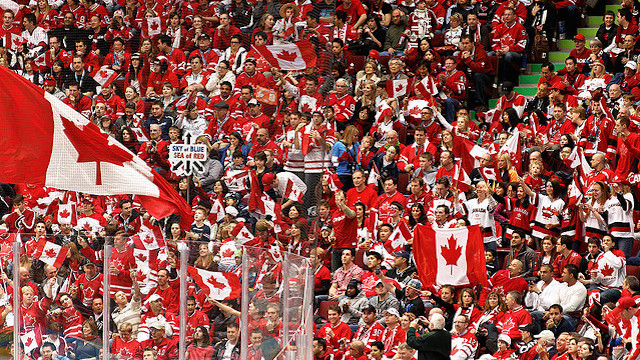 Regardless of season, the Olympics instill excitement in fans all over the world. Countries rally behind athletes and teams, and even brands get involved in the spirit of the games. While Russia claimed the most medals in the 2014 Sochi Olympics, we think Canada took home the biggest prize of all: a wildly successful hashtag campaign.

The Canadian Olympic Committee partnered with Proximity Canada to launched #WeAreWinter, the largest ad campaign ever for the committee. The #WeAreWinter campaign was designed to feature prominent Canadian Olympians and their social profiles. The hashtag was used more than 500,000 times on Twitter in Canada, and more than a million times worldwide. #WeAreWinter was trending worldwide during the final days of the Olympics as well.

In an effort to attract more viewers and increase engagement, @SportsCenter used the hashtag #SCTop10 to let fans vote on their favorite plays and highlights to be featured on the show. Previously, the show’s top plays of the day were chosen by producers but ESPN wanted to incorporate more user-generated content.

The hashtag quickly caught on with fans, averaging between 1,000 and 33,000 tweets per week. Athletes, teams, and even ESPN’s on-air talent mentioned #SCTop10 when big plays occurred. Through consistent promotion, the hashtag proved so successful that the network introduced a second campaign that let viewers vote for the top play on the list — SCNumber1.

To capitalize on the passion of college football fans, the company launched a season-long #BeTheFan campaign. Modern Family’s Eric Stonestreet issued weekly game day challenges to fans that they could respond to on Twitter, Vine, and Instagram with the hashtag. 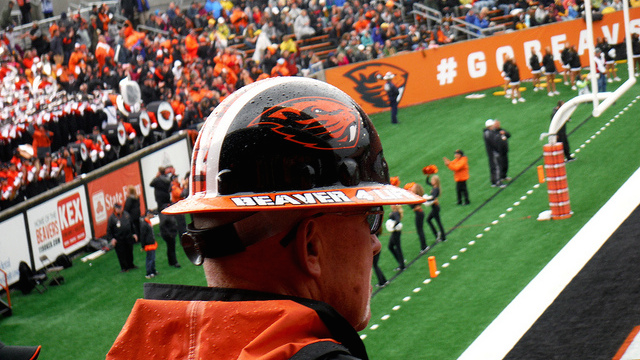 Social media isn’t just for engaging fans. Oregon State University and head football coach Mike Riley turned to Twitter for their recruitment needs. With the launch of two hashtags — #TweetFilmTuesday and #GoBeavs — they encouraged high school football stars to tweet their highlight films. In just the first week of the campaign, the coaching staff had received more than 100 highlight films.

One of the best ways to ensure a successful hashtag campaign is to focus it around a timely event. Adidas, for example, introduced two hashtags during Wimbledon: #AllinforMurray and #Hitthewinner. The latter was used for an online competition in which Andy Murray’s fans could play a real-time game during the match.

More than 44,000 people participated, resulting in 35,000 new Twitter followers, 150,000 video and Vine views, 651,468 Likes and shares on Facebook, and 19,764 retweets and favorites on Twitter. Overall, #Hitthewinner received 72 million impressions, making Adidas the most talked about brand during Wimbledon.

As always, these are just a few of the many success stories taking place across social media platforms. New hashtag campaigns are popping up every day. We hope that the examples highlighted above provide you with inspiration to launch your own. You can review more sports success stories at Twitter Media, as well as at Facebook for Business.