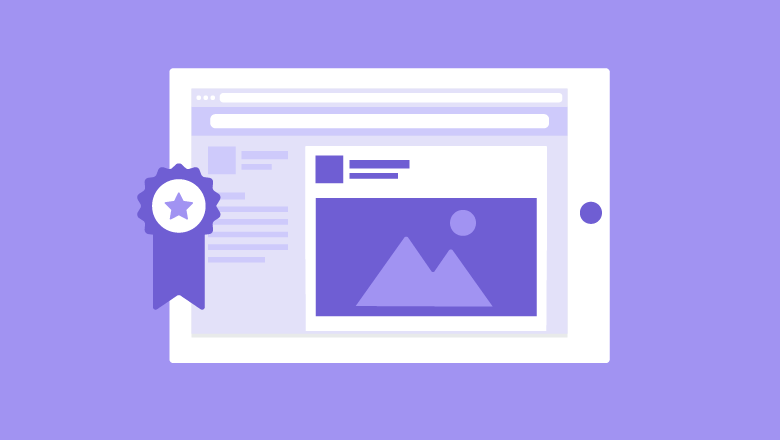 Social media marketing campaigns are more important than ever.

In 2020, with many consumers staying home meant that brands had to double up on their efforts to connect and interact with them online. As a result, several innovative campaigns were produced using a variety of strategies. Here are some of the best social media examples from 2020.

Using user-generated content as a marketing strategy is not new. It’s all about how you use it in a social media marketing campaign that sets brands apart from others.

Today’s smartphone cameras have far surpassed the point-and-shoots that some of us might still have stashed away in the back of the closet. Each year, smartphone cameras get fresh updates on resolution, lenses, sensors and more. While many people may use their smartphone cameras for selfies and food photos, both amateur and professional photographers know the importance of a good camera.

Apple’s “Shot on iPhone” campaign began as a simple UGC campaign challenge that took iPhone users’ photos, shared them on the brand’s social media feeds and used a select few up on billboards worldwide.

So when incredible photos and videos were produced by real users, the resulting content made the iPhone camera quality much more convincing to others. The campaign currently has 20 million posts on Instagram alone and is still ongoing.

It’s safe to say that “Zoom” became a household name in 2020. It became synonymous with video conferencing even if the product used wasn’t actually Zoom itself. Because many people were thrown into a novel work-from-home situation, many backgrounds were less than ideal. From kids running around to a messy living room to an awkward view of your bed, a virtual background became important for many people.

A thread of submissions for the Virtual Background Awards! A contest for the distance era. 🏆💻

We are impressed, amused, and bewildered.

Let's begin with the entry "Me & My Husky" by @narze. 🐺👅Tru technical talent. Adorable pups.

Zoom took advantage of the situation. They ran contests that encouraged users to create and share their fun and unique virtual backgrounds. Zoom made a dedicated landing page for the contest entries and a separate Twitter account that documented some of the best ones. Through a fun campaign, Zoom also educated its users on the virtual background feature and got them more excited to use the software.

While traditional business advice has dictated not to get involved in politics or strong opinions, recent data shows that it can be worth it. Our recent #BrandsGetReal survey data shows that 70% of consumers believe it’s important for brands to take a public stand on social and political issues. The next social media campaign example captures a company core value.

Starbucks’ #WhatsYourName UK campaign was inspired by transgender customers who were sharing stories about trying their names out at the coffee chain. The video spot features James who is repeatedly deadnamed in various situations. When the Starbucks barista asks for his name, he states it and has it written on a cup.

In addition to the video, Starbucks also partnered with Mermaids, a nonprofit supporting gender-diverse kids and their families. The company donated the proceeds of the limited-edition Mermaids Cookie to the organization and surpassed their fundraising goal of $100,000. #WhatsYourName won several awards and demonstrated how successful a social media marketing campaign could be when it reflects a company’s core value.

Everyone loves a good challenge and 2020 was full of them, to say the least. Many of the social media challenges or ideas originated from users themselves and some came from brands. What also helped the influx of challenges was the rise of TikTok’s popularity. A platform that became popular based on its ability to engage with others quickly fueled many challenges and memes that spilled out into other platforms.

The #PlayWithPringles campaign began in Europe and was built off of existing TikTok content. Because the brand saw TikTok users already creating content with their cans, they created a challenge to turn it into a brand campaign. Utilizing TikTok Creators and the platform’s influencer culture, Pringles encouraged creative video around their iconic cans. After the initial creators posted, the challenge evolved organically with more and more content.

The campaign result after just five months was over a billion views across 278+ million videos. The entries received an average of 13% engagement, making it one of the most successful social media campaign examples on the platform.

Because museums were closed for an extended amount of time to the public in 2020, they had to get creative on how to engage their followers and patrons. The Getty Museum took advantage of the stay-at-home orders, often considering their patronage of families in need of things to do. They asked people to recreate any art piece with whatever they had available to them. The result was an entertaining series of imaginative recreations.

We challenge you to recreate a work of art with objects (and people) in your home.

The museum received many submissions but beyond that, the museum was able to engage with its followers and educate them on featured art pieces as well. It also took up some time for those sheltering in place, a win-win for everyone.

Who doesn’t like to see a fluffy dog playing or baby sea otters having fun? Cute animals, whether they’re wild or domesticated, tend to elicit an immediate “aw” and feelings of happiness. Emotional marketing is a tactic used in marketing and is employed in many social media campaign examples.

Also closed to the public for most of 2020, the Shedd Aquarium in Chicago found itself with penguins missing their usual interactions with visitors. While the aquarium was closed to the public, staff still had to care for the animals so they started taking the penguins on a tour around the museum.

The #WheresWellington campaign involved Wellington the penguin roaming the halls of the aquarium. With each documented exploration, followers learned about various habitats, animals and exhibits available in the aquarium. Plus, a little dose of pure happiness from a penguin certainly lifted the mid–2020 spirits.

For the big football game in February, Google created a video that demonstrated the use of Google Assistant. It featured an elderly gentleman asking Google Assistant about memories of his late wife, cycling through slides and videos on the screen.

A 60-year love story told in 90 seconds. Watch our #SuperBowlLIV commercial before it plays on Sunday. 🏈🏆🎉

The video ranked first in one company’s analysis of that day’s ads. Almost half (49%) of users had an intense emotional response while watching the video. When compared to the average ad, it made people twice as likely to smile, four times more heartwarming and 12 times sadder. Purchase intent after watching was 46%, higher than the US norm.

Using an element of surprise is a marketing tactic, but getting it right can be tough because consumers have seen so much these days. To get ideas for this strategy, try consulting those outside the marketing department for a fresh perspective on social media content.

When the National Cowboy and Western Heritage Museum’s marketing department found itself working from home, it became a challenge to source content from the museum. They handed the social media reins over to their head of security Tim Tiller, who took off with the accounts.

Hello, my name is Tim and I am the head of security for The Cowboy. I have been asked to take on the additional duty of social media management while the museum is closed. I’m new to this but excited. My team will also continue to protect and monitor the museum. Thanks, Tim Send pic.twitter.com/bPiXD9DoAd

Seth in Marketing said people would love to have me take some photos of our Selfie Stations in The Cowboy. Here’s one from the Rodeo Gallery. Enjoy! Thanks, Tim pic.twitter.com/QrRLuTqBIy

Social media can seem very filtered from brands. Everything is planned despite any desire to express authenticity. So when the museum started Tweeting off-the-cuff thoughts and photos of objects, it was a refreshing change. People were supportive of Tim and the museum saw astronomical growth. Before Tim’s takeover, it had less than 10k followers on Twitter. Today, it has over 279k followers.

It’s no secret that companies are collecting data on their users to improve their experience and products better. The more you engage with the app, the more they know about you. And while most companies keep the information to serve you a personalized feed, others go a step further to give you a year-end summary.

Spotify, the music streaming company, has over 345 million monthly active users worldwide. Every year, they release a year-end, personalized summary of all the music you listened to up to that point. 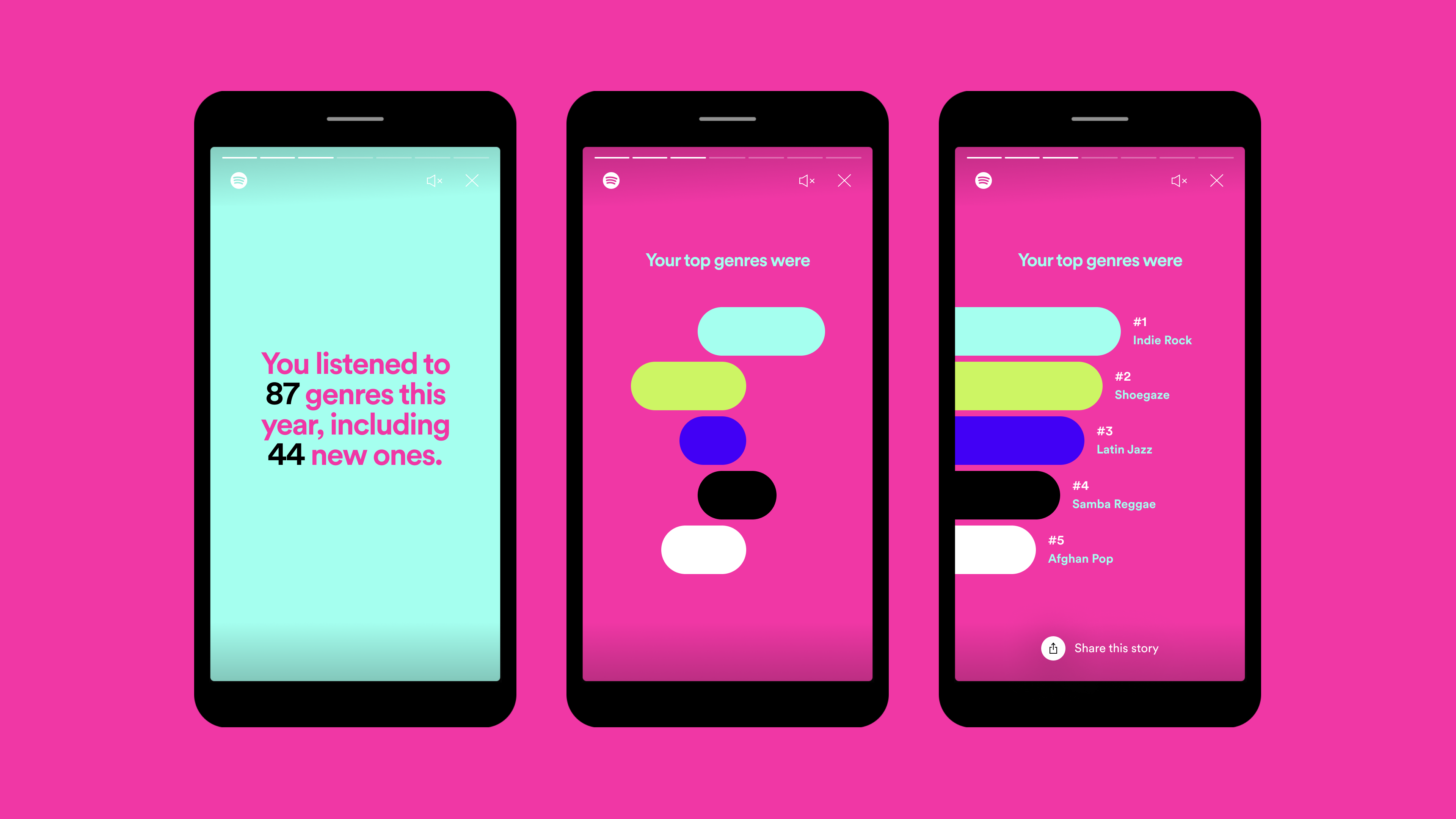 Every user’s Wrapped summary is accompanied by graphics that are instantly shareable and social media-ready. But Spotify’s campaign didn’t start or end there. The Wrapped experience had quizzes, slides, videos and personalized playlists. Having colorful graphics to share, especially if any of the data was a surprise, enhanced the marketing campaign and got their users engaged.

Hopefully, some of these creative social media campaign examples got the wheels turning for one of your own. Many of these campaigns feature a hashtag across multiple platforms. When these campaigns get big, it can be tough to track all the entries down. Using a social listening tool like Sprout will help keep your marketing hashtags content all in one place, leaving you the time to manage the campaign.

If you’ve got the idea down but not the execution, review our guide on how to create a winning social marketing strategy.