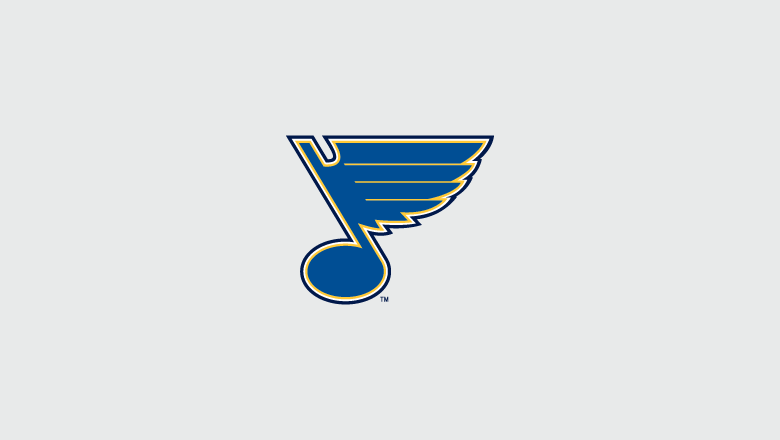 How Sprout Social Empowers the St. Louis Blues Online and in the Arena

Most businesses dream of having millions of fans.

For the St. Louis Blues, it’s an everyday reality.

While the NHL team competes in front of arenas full of screaming supporters on the ice, its social media department is tasked with serving fans online.

With the help of Sprout Social, the organization reaches goals in addition to scoring them. In the past year alone, the Blues have driven approximately 403 million impressions, 9 million engagements and 2 million link clicks via social.

There was a time when the digital landscape in sports was transforming quicker than many teams – including the Blues – were staffed to handle.

Matt Gardner, Vice President of Digital Media & Emerging Technology at the St. Louis Blues, worked with another team member to manage all digital touchpoints, from websites and social media to email and mobile apps.

The organization needed a tool to offset its workload and take the execution of its social strategy to the next level.

“The big thing in our industry is being 24/7 for our fans,” Gardner said. “St. Louis Blues fans are fans 365 days a year. News can break late at night or on a holiday. Having a system to help when those opportunities occur was one of the primary reasons we wanted the Sprout platform.”

“When Elise [Butler, Social Media Coordinator] joined the team, she was really able to jump into the tool even more and better take advantage of the different features it offers,” Gardner said.

For Butler, that includes hunting down relevant online conversations and assisting fans in need.

“A big part of my job is monitoring what’s being said about us even if people aren’t tagging us,” Butler said. “That’s one thing about Sprout I really like, that we can set up Brand Keywords so we’re constantly up to date on our mentions and when people are talking about us.”

“It’s been really helpful with the in-rink experience, especially with a new fan,” Butler said. “They may not necessarily follow us on Facebook or Twitter yet, and it’s their first time at a game and they’re trying to figure something out or need help with something, and it pops up in our timeline. We’re able to assist them directly from Sprout, which is great. It really makes them feel welcome and more comfortable.”

The great thing about Sprout is we’re able to really look at how well a post is performing and make more informed decisions on how we should move forward with our strategies.
Matt Gardner
Vice President of Digital Media & Emerging Technology, St. Louis Blues

While the Blues’ social strategy has transformed since the organization signed on with Sprout in 2012, its primary goal remains the same: Getting content in front of as many people as possible.

Features such as ViralPost allow Sprout users to automatically publish content at the most optimal times for specific audiences, while Sprout’s robust reporting options make it easy to evaluate performance.

“The great thing about Sprout is we’re able to really look at how well a post is performing and make more informed decisions on how we should move forward with our strategies,” Gardner said. “We want to make sure we’re putting ourselves in a position to keep evolving how we’re creating our content and staying on top of trends in the social space.”

Of course, measuring results is a tall order when you manage profiles across multiple social channels. Or at least it used to be before Sprout.

“Another thing I really like about Sprout is the fact that it combines basically all our social interactions across platforms,” Butler said. “Without Sprout, it would be difficult to catch up and check our notifications on Facebook, check our mentions on Twitter, and go to our account on Instagram and do all this other stuff. We’re managing several profiles on various platforms through Sprout, and we can have it all conglomerated into one inbox so we can manage everything way more efficiently. That’s been super helpful and saves us a lot of time.”

Teamwork is vital to the Blues on and off the ice, making collaboration tools a must.

“The collaboration features Sprout offers are particularly helpful,” Butler said. “A lot of people don’t realize, but we manage a lot more than the Blues’ social accounts.”

The team handles social for the Blues’ arena, Enterprise Center, as well as the Peabody Opera House, a neighboring performing arts venue. Then there’s the team’s mascot accounts, ice crew accounts, its alumni association account and so on.

“We have a lot of different accounts that we’re trying to keep track of and they all have profiles across every social channel,” Butler said. “So the ability to collaborate with all of them within one platform is really helpful. For example, I work really closely with our PR manager. She can schedule things in Sprout and I can review them before they go out. Or if she’s out doing a TV appearance with someone and something needs to be rescheduled or edited, or they send last-minute artwork for a show, I can easily go in and update. Or we can mark things as a task and be like, ‘Hey, did you see this message that came through on Sprout? Can you take care of that?’”

The ability for multiple team members to go in and make changes in Sprout is essential in an industry where the unexpected is, well, expected.

“Random things will come up that we need to handle right away, especially during the season,” Butler said. “It’s very easy with Sprout to make sure our timelines are all matched up and we’re not bumping each other out with different content.”

We realized very quickly, I think within six to eight months of using Sprout, how it was helping us with everything like monitoring and scheduling and then measuring how we were performing. A couple teams reached out asking what social media tools we were using and so, based on how it was working for us, we referred those teams to Sprout.
Matt Gardner
Vice President of Digital Media & Emerging Technology, St. Louis Blues

Going for the Hat Trick

Sponsorships are another huge part of business for the Blues, and another area where Sprout simplifies workflow.

“Previously, if we wanted to provide sponsors with analytics, we had to go through and individually pull every single post from every account on the backend,” Butler said.

When you consider the number of posts some sponsors may have over the course of an 82-game season, the time and energy put into this endeavor adds up quickly.

“With Sprout’s tagging feature, we can tag things as we send them, or go back at the start of every week and make sure everything relevant is tagged,” Butler said. “Then, when a sponsor requests something, we can very easily pull the report for them and send it over. It saves so much time. I know our sponsorship department is a big fan of it because it gets them what they need a lot faster and the Sprout report looks a lot nicer than just a jumble of numbers in a spreadsheet.”

In fact, the organization is such a Sprout fan that it’s recommended the platform to other NHL teams.

“Professional sports teams are all part of one big fraternity,” Gardner said. “While we’re definitely competitors on the ice, we’re very apt to share when it comes to operations in the front office. We realized very quickly, I think within six to eight months of using Sprout, how it was helping us with everything like monitoring and scheduling and then measuring how we were performing. A couple teams reached out asking what social media tools we were using and so, based on how it was working for us, we referred those teams to Sprout.”

Brand awareness is a key metric for the St. Louis Blues, and with the help of Sprout, the team hasn’t disappointed. The organization has experienced significant follower gains across social channels since starting to use Sprout Social in 2012, and those trends continue today.

Yet Sprout’s ultimate value is arguably how it empowers the Blues organization to work efficiently and effectively.

“If we didn’t have Sprout to wrangle everything, our strategy would be a lot more disjointed,” Butler said. “We have so many accounts we’re tying to monitor, so many things we’re trying to oversee, along with everything that’s going on day to day for us. Practices, game days, community events—there’s so much going on that we need that one place to really sort through everything and make sense of it. Even if we’re out of the office somewhere, we can hop on Sprout’s mobile app, go to our Smart Inbox, check that something’s scheduled for the right time or edit something if we need to. It makes everything much more manageable.”

Now if only they handed out a Stanley Cup for social media.

But Gardner, Butler and the rest of the squad will happily settle for streamlining social strategy, serving the fans and keeping sponsors satisfied using Sprout Social.