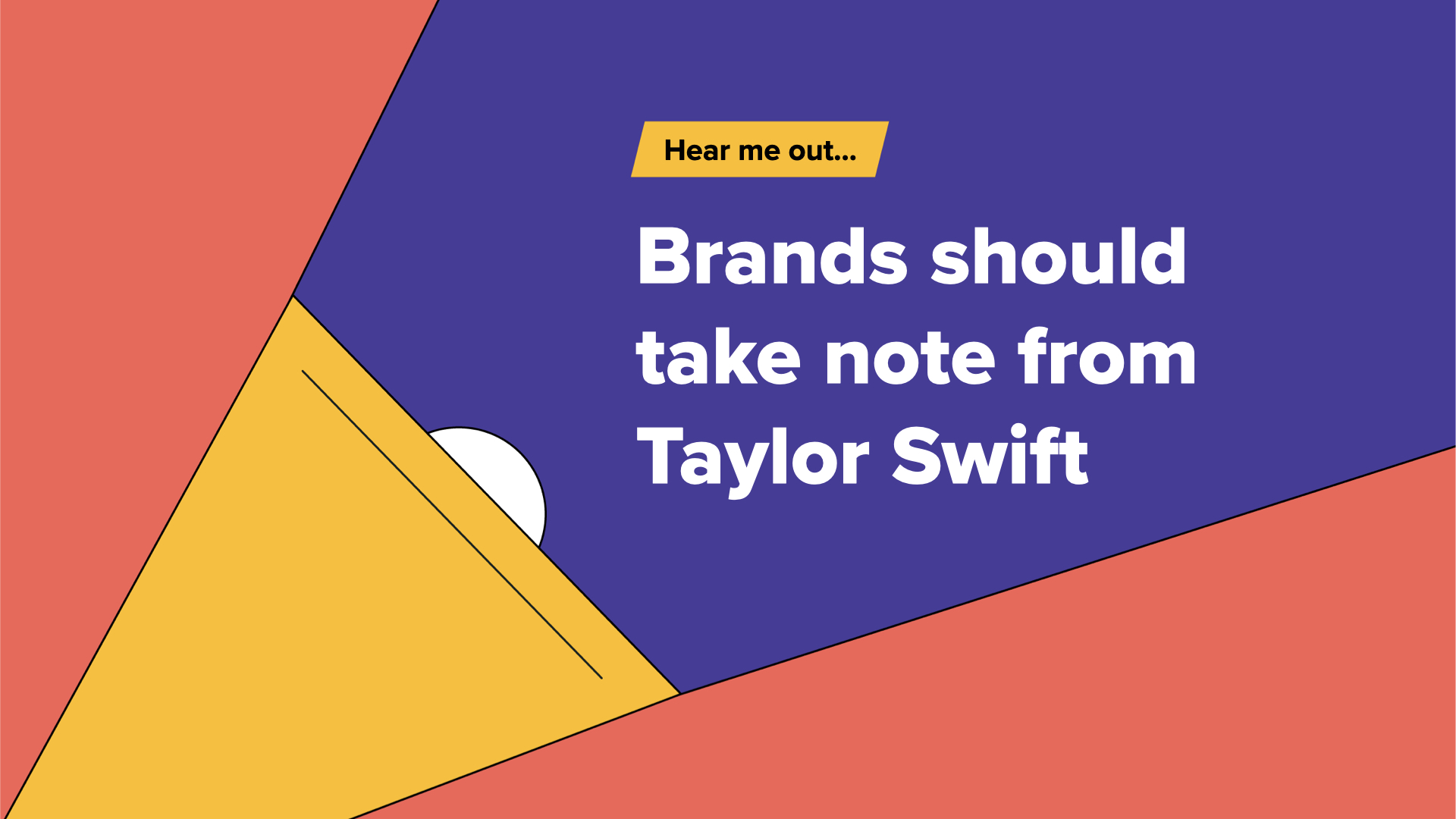 As a social media marketer and Taylor Swift stan, I’m constantly in awe of her community management mastery.

Social is at the center of how she and Taylor Nation—her fan engagement and hype team—connect with fans and share clues about what could be coming up next in the world of Taylor Swift. Taylor is an international pop icon for reasons beyond Grammy wins, masterful songwriting and award winning tours. She understands how to use social to connect with her fans on a deeper level that keeps them invested beyond album releases.

Since Taylor started her career, she’s been fan driven. She started engaging with her growing fan base on Tumblr early in her career and continues to interact with some of her most loyal fans there. The responsive reputation Taylor built with her fans on Tumblr carried over on Twitter and, most recently, TikTok. Not only does Taylor follow her community, she actively listens to them. Whether that means helping one of her fans attend university or releasing her re-recording of “Wildest Dreams (Taylor’s Version)” early because fans had the song trending on TikTok, Swifties know that she and her team always keep an ear to the ground.

Taylor understands how to meet her fans where they are. Though she has a presence on most major social networks, she keeps her engagement focused on where her diehards are most active. You don’t need to be everywhere or the first to an emerging network. Listen to where your audience wants to engage with you and follow their lead. That’s where you’ll build the most loyal customer relationships.

Part of maintaining a devoted customer base is making them feel like they play a role in your brand’s journey. Taylor is an expert at this. You’ve probably heard about the “Easter eggs” or clues she leaves for her followers through social posts, lyrics and interactions. Let me tell you, this is what the Taylor Swift experience is all about. Everything she does on social media makes fans feel like it’s a secret message made just for them. Sometimes our theories are correct—like when fans were convinced that this butterfly mural in Nashville was a clue for the Lover album release (and then Taylor made a surprise appearance).

Welp it was real. pic.twitter.com/TfSrAaZumC

Sometimes our theories are wrong—like when fans thought Taylor was sharing a coded photo countdown to the Lover album release, then she jokingly trolled fans on Twitter.

There were five posts in the fence. pic.twitter.com/dHgwKbd1Q5

There were five holes in the fence. I remember it all too well.

Then there are the current theories we’re still waiting on answers for. Now that “Wildest Dreams (Taylor’s Version)” was released early, are we getting the full 1989 re-recording soon?

Whether our fan theories are right or wrong, the way that we are trained to look for these clues says everything about how invested her fans are. Taylor’s approach is a master class for building buzz around your next product launch, feature release or new location opening, but there are also so many other ways you can bring your customers into your brand’s journey. This could start with creating content that centers their stories and experiences with your products or tapping into a lifestyle that your customers can see themselves in.

The most successful brands put their audience first. In fact, 46% of consumers say engaging their audience makes brands best in class on social. Whether or not you’re a Taylor Swift fan, there’s a lot social marketers can learn from the way she’s built and maintained fan engagement over her 10+ year career.

Long story short: Taylor and her team are listening and making data-driven decisions based on where her fans are and how they’re engaging on each network. If you invest in your community and truly listen, they’ll invest in you.