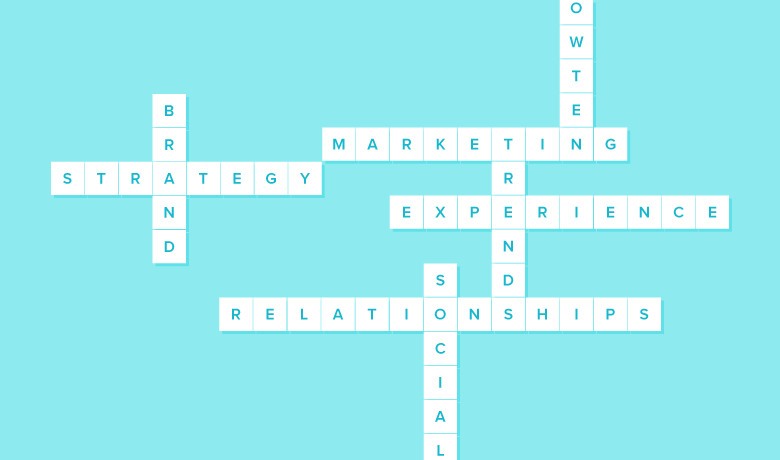 Does the person who post as your brand on Facebook also work to develop the community that the company is part of? Should they?

Running a brand’s social media management is a lot of work. You’re simultaneously asked to be a customer support person, marketing person and occasionally, a graphic designer. As the social media industry has evolved, each role in the marketing team has developed along with it.

Social media in a mid-sized company is no longer one person. Typically, most companies find they need at least a social media manager and a community manager. When expanding your social media team, keep in mind that these two roles are often the first to be divided up, so it’s important to understand what their differences are. Figuring out which areas you need to cover is also up to your company’s priorities.

What are the major differences?

A social media manager will post as the brand’s account on social networks. They’re the voice of the brand and are responsible for posts, replies and general content.

As the brand, the social media manager makes sure to post according to a voice and social strategy. Often, they’re speaking directly to people who are already familiar with the brand.

You can now dress your sims in a @Moschino Freezer Bunny hoodie! ✨🐰 Available today for The Sims 4 and @TheSimsMobile, to be released for @TheSimsFreePlay in the coming weeks! https://t.co/V2aMyOHbWD #MoschinoXTheSims pic.twitter.com/aulzDNJF5h

A community manager will post as a brand ambassador under their own account, not the brand’s, and work on developing the community by participating in discussions, finding new customers and listening to the current ones.

Just on my way to bed but it would be great to share some Base Game homes for new Sims players to download off the gallery! pic.twitter.com/z9UZjRpXTU

Here are two examples of how a Sims community manager engages on Twitter. They ask for builds and Retweet the replies to share with the rest of the digital community. In addition, they reply to current community members to keep them engaged.

These two roles have different daily tasks and goals. For small teams, one person may be doing both jobs. But as you grow your team, specialization is helpful and it’s good to know how building out these two roles can help you grow even more.

Power up your collaboration with Sprout Social

Whether you’re a managing social strategy or on the front lines of the community, Sprout’s features can help you collaborate on and execute campaigns more efficiently.

Message tagging, competitive reports and listening help all of your social-facing team members know what audiences want and what topics are getting attention right now.

Start a free trial today so your team can test drive these features, or schedule a demo for a guided tour.

Where do they fit in a company?

Both roles will talk to each other to keep informed on the other’s work. For example, if a community manager reports that audiences are repeatedly bringing up questions around a certain topic or issue, then the social media manager might craft a post to clarify it.

What are their tasks?

The daily workload differs between the two roles.

The main tasks of the social media manager can be broken down into three categories:

The social media manager will spend most of their time around two things. First, content: curating it, sourcing it and scheduling it. Second, they’ll listen and engage. This means keeping an eye on brand mentions, taking note of trends and replying to questions. Lastly, the social media manager will spend a portion of their time on strategy and analytics.

did you know +:emoji: is our shortcut to react to the last message in chat cause i sure didn't until i was asked to tweet about it pic.twitter.com/V2kjasVePN

The main responsibilities of community management on social media include:

As you can see, the community manager is all about interacting with the digital community at large. They spend most of their time directly engaging with new and current members as themselves. If they go out into the real world, they’ll usually have swag on hand and represent the company at events. Developing a strategy for an online community involves listening to its needs and finding ways to reach them. They might give out voucher codes and other bonuses to help create goodwill in the community.

Hack week at @discordapp is coming up soon SO tell me a crazy feature you've always wanted to see on Discord 🤔 pic.twitter.com/Flfd6Zm388

Because the community manager keeps an ear to the digital ground, it makes sense for this Discord community manager to ask this question. Doing this personalizes the brand a little more and makes users believe that their feature requests will get into the right ears.

What skills are needed for each role?

There’s a bit of overlap between the two roles. Both social media managers and community managers must be digitally savvy and be able to keep up with each social network that they’re on. They must also be flexible enough to manage the complexity of social media. Twitter moves fast and scheduled posts might need to be canceled if there’s unfolding urgent news.

Communication skills are another must for both roles. The social media manager needs to be able to write effectively and in the tone of the brand. The community manager in this case has a little more freedom. After all, they get to be themselves online instead of the brand.

In a social media manager job description, it’s common to see skill requirements like being able to set goals, understand analytics and interact well with the community online. They need to craft a post to push a product in one minute while responding to a service request in the next one.

For a community manager role, skills like being able to interact with people online and understand how customer trust works is crucial. They’re tasked with growing a community and nurturing it, rather than focused on pushing for sales growth. Being able to present themselves authentically online is a core component of a successful community manager.

How is success measured?

A community manager’s success is measured more in the long term. In advocating for a brand, they might cultivate relationships with certain users. Success would look like increased mentions of the brand from those users. If we take the previous example of growing brand awareness in a city, a community manager would research local users and directly engage with them. If they were also an offline manager, they would create events for brand activation, measuring success with event attendance and signups.

For both of these roles, you can measure success with tools like Sprout that can provide analytics reports. A Sprout Instagram report would readily identify best times to post for the social media manager. And a tag report would show how well a community manager was doing at interacting with community members. Tagging messages by themes or by the community manager’s current campaign can demonstrate how well it’s performing.

What does your company need? Does it need an advocate or does it need someone to promote the brand? A social media manager and a community manager might both operate online but their responsibilities, skill sets and goals are different.

A social media manager’s focus is all about the brand’s content and presentation while a community manager is more focused on developing the brand’s digital community. If you’re looking to hire only one as the basis for your social team, make sure you know what the differences are and what you’re hoping to accomplish as a company.