It’s pretty mind-boggling when you consider how far the marketing industry has come in just the past five years, what with all the new advancements in AI, automation and the proliferation of big data. So to stay informed and up to date with the latest information, many marketing pros look to experienced industry thought leaders for knowledge and guidance.

And when searching for these top influencers you can bet you’ll find names like Seth Godin, Neil Patel and Mary Meeker at the top of every list. And rightfully so. For the last five to ten years these and a handful of other famous marketing leaders have made a huge impact on the industry as well as the hundreds of thousands of professionals that follow them.

But while these more established, mainstream thought leaders continue to provide valuable marketing insights, there’s a new generation of voices emerging at the frontlines of digital transformation: leaders who are not only up to speed on all the latest trends and technologies, but pioneering them.

These men and women may ruffle a few feathers and challenge the status quo, but they’re the ones taking the leaps that will eventually flood the marketing world with new possibilities.

Strongly opinionated, evidence based principles that you consistently follow will make you successful and will help you grow. Dogma will kill you. Learning how to spot the difference is critical.

Paul Adams currently resides as Head of Product Design at Intercom, but before that has held leadership and brand design roles at both Facebook and Google. He’s even helped design Dyson vacuums.

Adams is often considered a pioneer in the emerging field of Social Design, focused on the design of products and services that benefit people – in his case, customers. Well known for his predictions of the future of social, he’s a champion of forward-thinking businesses looking to evolve customer communication and messaging.

Definitely someone you want to keep on your radar.

Bots do not need to be artificially intelligent in order to be incredibly useful.

As the creator of Chatbots Magazine, the Bots Group on Facebook and the definitive Beginner’s Guide to Chatbots, Matt Schlicht has had his finger on the pulse of AI technology for quite some time now.

With over 30K members, the Bots Group is now the largest community of chatbot developers in the world. If you’re curious about the future of AI and social, or about building a chatbot for your business, chat Matt.

“The Millionaire YouTuber Making Tweens Sob in the Streets.”

“Why You Should Reply ‘Yes’ to Every Facebook Event.”

“Facebook Hijacked This $8B Company to Sell Cat Blindfolds.”

Don’t let the headlines fool you. Taylor Lorenz is one heck of a hard-hitting tech and culture reporter at the Daily Beast and most definitely one of the most influential marketing leaders her age.

Aside from being a talented writer, Lorenz has a keen insight into her generation’s rapidly evolving user behavior on social, as well as a ballsy, yet-well, backed opinion on the future of the overall social landscape – most notably expressed in her NiemenLab prediction piece, “Social and Media Will Split.”

"Smoke and mirrors." My response when someone asks me what I think about an app trying to pass itself off as #AR.

As Director of Emerging Technologies at Gannett | USA Today Network, Ray Soto has been hyper-focused on virtual reality (VR) content development for the network.

His team has already begun production on a daily VR news show – creating never-before-seen immersive news experiences and laying the groundwork for the future of television. Don’t sleep on this emerging tech leader.

What to do while #Facebook has paused new bots… by @Stellar247 https://t.co/3UsxzYsE7V

Self-proclaimed “Content Mavericks,” Andrew and Pete are two young men on a mission: to rid the world of boring content marketing and enable businesses to build brands people love.

They’ve got books, a blog, a vlog, an active social presence and a membership community, ATOMIC, that caters to smaller/solo businesses.

With a “Digital and Social Media Company of the Year” Award from Newcastle Business under their belt, it’s safe to assume these guys know what they’re talking about.

But wait. Isn’t that the guy famous for being fired from Facebook?

While not completely wrong (Kagan did get fired from Facebook before the platform fully exploded) it’s not the reason he made this list. Noah has since learned some pretty important lessons from his firing and has gone on to found an extremely successful product marketing platform, Sumo.

He’s one of the best when it comes to creating rapid growth for SaaS companies and we believe his strength lies in his unprecedented self-awareness and transparency about his life, successes and failures.

Apple's holding an 'education' event in a school. Super curious if they can compete against Chromebooks at all: https://t.co/l50k6rSSaR

Known on Twitter as simply, “Owen,” Williams has made a name for himself as the founder/creator of popular tech newsletter, Charged. Charged promises a weekly breakdown of the latest tech and startup news without all the clickbait and rumors.

In addition to the newsletter, there’s also a Charged podcast and blog – both rife with thought leadership and opinion pieces in the tech and marketing spaces. Williams reviews the latest products, makes informed predictions as well as provides his two cents on emerging trends. Read Charged and follow Owen if you want to stay informed.

Why are brands and agencies always chasing shiny objects at the expense of their very real customers? This week, I explore! https://t.co/ema6g2D43i

Tara Hunt is no stranger to lists like these. She’s been previously named one of the most influential women in technology by Fast Company and a pioneer of the social web by Entrepreneur Magazine.

But can you be both a pioneer and a disruptor? In Hunt’s case, you absolutely can.

Hunt is now a prominent digital marketer with her own video series, “Truly Social,” which focuses on trying to get brands and agencies to embrace the “social” in social media. Whether you agree with her or not, she’s certainly not shy about delivering her opinion and expertise on what makes great social.

Josh Fechter’s Twitter bio sums it up pretty well when he claims he’s “trying to break the internet.”

This emerging marketing leader is what the industry calls a “growth hacker” focused on driving ROI for companies using cutting-edge growth marketing tactics. Recently he authored a post on LinkedIn that went viral (over 1 million views) in under fifteen minutes. Yep, you read that right – on LinkedIn.

Josh seems to have discovered the magic formula for successful growth marketing and bottled it for distribution through his company, BAMF Media, as well as his social profiles, blog articles, membership community and even a few books too. If you want to see marketing copy done right, read literally anything he has ever written.

A huge proponent of video content and an early adopter of native video on LinkedIn, String Nguyen created one of the first viral LinkedIn videos – with over 100k views – as well as the platform’s first B2B video channel, “The String Report.”

She believes LinkedIn is quickly becoming the leading social platform as it has grown to become more social and engaging.

“There are over 500 million entrepreneurs, decision makers and professionals on LinkedIn. While we are business oriented, as humans we crave sincere and engaging content that is human,” Nguyen says. She also believes, “the name of the game is B2B content, with B2C feels.”

Nguyen was recently named as a LinkedIn Top Voice and we agree. 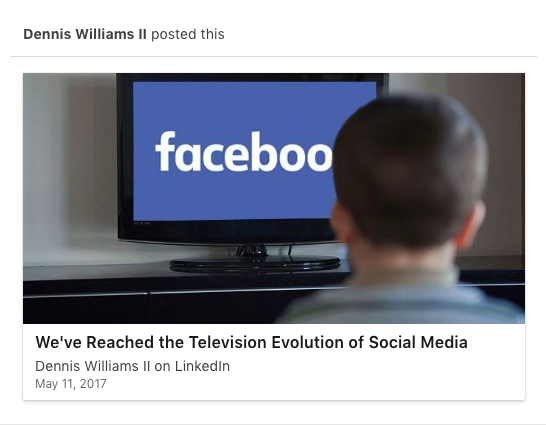 Chatbots aren’t the only technology making waves in the business world. According to emerging marketing leader Dennis Williams, virtual/augmented reality is also poised to revolutionize the industry.

Williams has made quite a name for himself as the content marketing manager for augmented reality platform, Augment.

“I explore the dynamic between digital platforms and their audiences, specifically how content is used to bridge the gap,” Williams says.

He was one of a select few digital content creators recently chosen to participate in AR giant Oculus’ bootcamp program, “Launch Pad” – an immersive weekend experience designed to support promising VR content creators so they can take their unique ideas and bring them to market.

Oculus saw the potential in Williams and we do too.

So much of what we do is driven by creative today. Finding talent is more than half the battle. Hire strong creatives & let them work their magic.

It may be America’s oldest and greatest pastime, but baseball is not immune to the evolution of this technological era. In the words of Senior Manager, Digital and Social Strategy for the New York Yankees, Jess Smith, “digital and social have literally changed the game.”

Although Jess’ expertise falls at the somewhat niche intersection of sports marketing and digital, great content and storytelling transcends a specific industry. Jess blogs about social and sports marketing at socialnsport.com, and her Twitter feed is a constant stream of straight up golden marketing advice for any brand.

It’s all boring numbers and spreadsheets until Spotify turns data and analytics into cool outdoor ads.

As VP Brand Strategy and Creative for the company, Jackie Jantos was part of the creative team that came up with the idea to create outdoor ads based on highly specific listener data. Although big data has been a recent hot topic in the marketing world for some time now, up until this campaign its creative application had been relatively untapped.

Before her current residency at Spotify, Jackie served just over 6 and a half years as Coca-Cola’s Global Creative Director. With the success of both companies’ recent marketing efforts, we look forward to seeing what else this emerging marketing leader has in store for the industry.

Social platforms like Instagram and Snapchat are evolving and updating faster than the speed of light. It often seems like these platforms are releasing a new algorithm or feature every other day.

But a platform we don’t hear about as often – or see as much innovation from – is Pinterest. Enter Mark Wilson.

As a Senior Writer for Fast Company Design, Mark has written extensively about the future of Pinterest and “visual search,” and their effects on how users will soon discover products on the Internet.

For a platform many believe to be better suited for brides-to-be and DIY fanatics, Pinterest could soon be part of a monumental shift in user and consumer behavior. 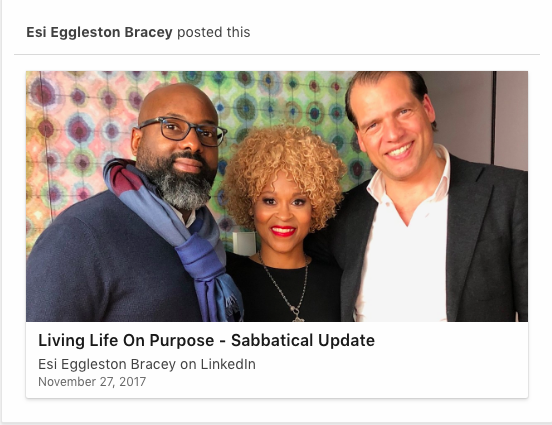 After seven years as Senior VP & GM of Global Cosmetics at Procter & Gamble, Esi Eggleston Bracey did something that not many leaders in her position would have done. She took a break.

A sabbatical to be exact. Now after nine months of “reassessing her life, purpose, priorities and simply taking a break,” Esi’s sabbatical is over with a brand new role as EVP & COO of Personal Care for Unilever North America. With her impressive resume, and newfound energy and momentum, you might want to keep an eye on what Esi does in this new role.

While there’s no shortage of “Who to Follow on Twitter” lists, we wanted to provide busy marketing professionals with a list of thought leaders that are actively part of some of the most incredible and exciting changes in the industry.

It’s not just about who these men and women are, but what they are—or are about to be—a part of. So don’t just follow them on social media. See what it is they’re talking about or creating and begin researching it on your own.

In other words, let these leaders plant the seed. Then do what’s necessary to grow your business.