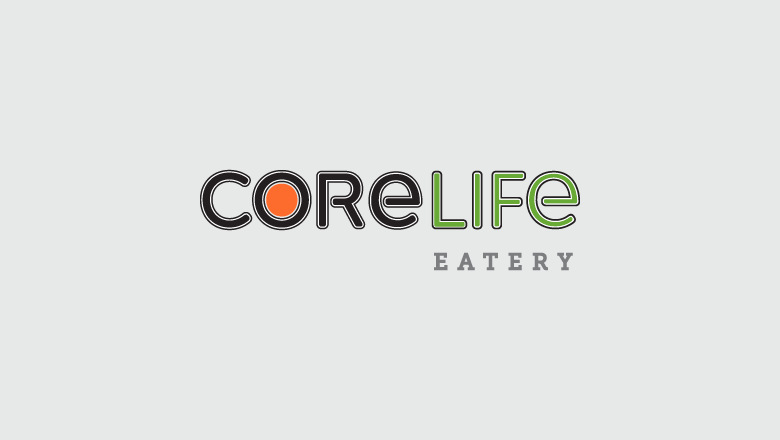 “Healthy activity” and “made-from-scratch meals” are more than just buzzwords for CoreLife Eatery—they’re foundational pillars, as much a part of the brand’s DNA as greens, grains and bone broth.

Is it any wonder these concepts apply to the restaurant franchise’s social media strategy as well?

Robust outreach and local engagement on social have helped the fast casual chain grow from a single location in Syracuse, New York to 30 locations and counting across the country.

Aided every step of the way by digital marketing agency Site-Seeker, Inc., along with a hearty helping of Sprout Social and Simply Measured, CoreLife Eatery has racked up millions of impressions and engagements across its social profiles since March 2015.

And further growth is on the menu.

“I was at a different agency in 2012,” Armitage said. “We were using [another social media management platform] for our clients at the time. We took a demo with Sprout and I really fell in love with the UI. I thought it was much slicker, modern, faster and the ability to get around and navigate was much better.”

Getting the team more familiar with Sprout was one of Armitage’s first recommendations upon starting at Site-Seeker in 2013. Meanwhile, he was introduced to Simply Measured in his capacity as an Adjunct Lecturer of Public Relations at Utica College. One of the assignments he gave his students was to learn about a social media tool and present it to the class.

“Simply Measured would routinely come up in my reading and the students’ research as a top social media metrics and measurement tool,” he said. “I explored it further myself, knowing that it was something we could possibly use at work. I had a number of demos and CoreLife Eatery was really interested in getting some deep analysis, not just surface-level stuff. So we pulled the trigger on it and have been using it ever since.”

Expansion is a primary focus for CoreLife Eatery, so Site-Seeker set out to craft a social strategy that could be replicated across different store locations.

“We needed the people in these brand new markets who had no idea who we were to first understand the CoreLife Eatery brand,” Armitage said. “Then, we needed to capture their attention and educate them on what our offering was. Awareness was really the first key ticket, as well as engagement because we wanted people sharing it with their friends, with people who were like-minded and also interested in healthy eating and active lifestyles. That viral effect is so important, especially among niche communities. With folks like CrossFit members or marathon runners, once you get into those circles, the sharing and commenting is extremely beneficial.”

Each new restaurant location is awarded its own localized Facebook page so tight-knit communities can be built around the pages and their content. Site-Seeker used Sprout to promote those new restaurants through exclusive VIP events, targeting the audiences that would be most interested in healthy eating options and fresh, made-from-scratch meals.

“We wanted to make it exclusive and invite a certain amount of guests to come in and try the food for free,” Armitage said. “We like to give first dibs to the loyal fans who engaged with us early on and seem really excited about the opening. After trialling the product, the hope is that they will fall in love with the brand, tell their friends about it, leave positive reviews and talk about their experience on social media. It’s worked really well for us, especially since the food is so stellar. We’re looking at 4.8 to 5 stars by the time the soft opening period concludes. Think about how powerful that rating is after the store officially opens to the public.”

That’s followed by grand opening promotions on social, supplemented with content that tells the story of the CoreLife Eatery brand, in addition to highly targeted social advertising.

“The launch plan to get a store opened successfully has been really important to laying the foundation,” Armitage said. “Once the launch period ends, we roll the locations into what we call an ongoing program, which consists of social messaging, storytelling, promotions and different types of campaigns that continue to keep users engaged and involved.”

After locations are up and running, the Site-Seeker social team uses Sprout’s collaboration and user permission functions to share the reins with CoreLife Eatery’s in-house talent.

“We ended up training in-house staff on Sprout Social, giving them limited access and having them provide support on a day-to-day basis,” Armitage said. “We lead strategy, creative, content, messaging and publishing and they spearhead engagement and customer service. If there are questions that come up from customers where the engagement team needs help, they use the task feature and we’ll help with those responses. We use the internal collaboration tools to make sure we’re best addressing the needs of the customer.”

Sprout’s ability to provide autonomy to users without eliminating oversight has become even more important as CoreLife Eatery expands into franchising.

“Some franchisees want a bit more control and access to their social channels,” Armitage said. “They want to be able to respond to comments and questions that pop up on their local page rather than have it done by either us or the in-house engagement team. We worked out an agreement where they have access to Sprout Social to view their specific location pages. Because of the filtering and the ability to control what each individual user sees, it makes it so they’re just responsible for responding for their own stores’ guests and don’t have to worry about the other CoreLife Eatery locations that they have no affiliation with.”

Site-Seeker and CoreLife Eatery depend on Sprout first and foremost as a tool for organizing social efforts, from publishing to customer service to maintaining brand consistency across a continually growing portfolio of social profiles. Beyond the many Facebook pages, they also organize, schedule, publish and engage on Twitter, LinkedIn and Instagram—right within the same tool.

However, when it comes to measuring performance across different profiles and locations, the team turns to Simply Measured.

“I really couldn’t find a good tool that allowed me to stack our pages against each other to easily see fans, engagement levels, sharing and those types of metrics,” Armitage said. “The Simply Measured dashboard gives us the ability to quickly compare our various locations. It keeps every store on the same playing field when you look at rates rather than markets. Some areas have larger fan bases simply due to a higher concentration of people in those towns or cities. Being able to look at engagement rates or share of fans who engage keeps everything apples to apples and makes it more valuable to compare locations against one another. We also use it for competitive analysis to compare our brand to other top names in the marketplace.”

And what does Armitage and his team see when they analyze the numbers? Consistent growth supported by Sprout Social and Simply Measured.

“When we first launched in Syracuse, we were really just feeling our way through it,” Armitage said. “It was the first time that we were building a plan around an opening, launching the store itself and then trying to encourage guests to come in and trial the product.”

Sprout Social + Simply Measured Alignment Update: Where We Are & Where We’re Going