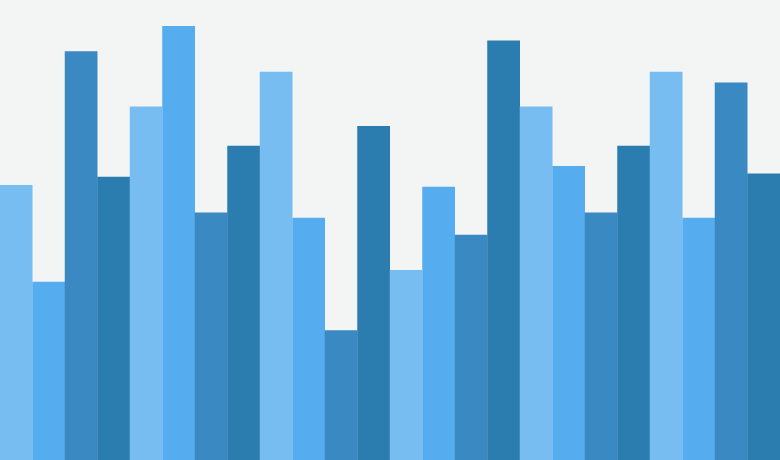 How well are your Tweets performing? Unfortunately a lot of businesses don’t know the answer to this question because they aren’t measuring their Tweet activity. Getting to know the data behind your Tweets is important because it shows you what’s working, and more importantly, what’s not.

From the main dashboard, click on Tweets in the top menu to go to the Tweet activity dashboard.

The Tweet activity dashboard gives you an aerial view of your Tweet performance. You can narrow down the data to see:

While this dashboard gives you an overall look at your performance, you can also access Tweet activity for individual Tweets as well through the desktop or mobile app.

For desktop, just click the three bar icon below your Tweets.

This will show you the activity of a single Tweet, including:

To see your Tweet activity from a mobile device, the process is the same. Tap on any Tweet and click the three bar icon below it.

You’ll see the same data as you do on desktop.

As you can see, you also have the opportunity to setup a promoted Tweet from this screen. Learn more about promoted Tweets in our Twitter Advertising guide.

Now that you know where to find your Tweet activity, the next step is figuring out how to use the information.

The main use of the Tweet activity dashboard is to find out how many people are seeing your Tweets and how many are engaging. The specific metrics Twitter gives you are:

Here’s what you can learn from each data point.

Link clicks are the highest level of engagement. When someone clicks your link, it means the Tweet’s copy and image were so compelling they wanted to learn more.

If you’re getting a lot of impressions but aren’t seeing as many link clicks as you’d like, it’s a sign that either the content you’re sharing isn’t connecting with your audience or your headlines/images aren’t eye-catching enough. In that case, you can start to test different headlines and photos.

A good tactic is to use Sprout Social to schedule multiple Tweets for the same post and change out the text a bit.

Then look at your Tweet activity or Sprout’s Sent Message report to see which version got the most engagement.

Look for similarities in your most clicked Tweets such as certain call to action phrases or hashtags. If you find patterns, use that information when crafting future Tweets and track your results.

Likes are lower on the engagement totem poll because the action requires the least amount of effort. However, it’s still very useful to help you figure out what content is having an impact on your followers.

If you Tweet a lot of links, there should be somewhat of a correlation between your number of likes and link clicks. If you notice your Tweets are receiving a lot more likes than link clicks, it could be a sign that people aren’t clicking through and are just randomly liking your Tweets.

Retweets are a level above likes. Retweeting doesn’t require too much effort beyond hitting a button, but it gets your content in front of more people. This can make it more valuable than a like.

One of the downsides to this metric is it can be inflated. A study from the French National Institute found that nearly 60% of people share content on social media without actually reading it. So there’s a possibility that people aren’t necessarily Retweeting you because they found your Tweet valuable. They could just be doing it to engage with you or fill up their own Twitter feed.

That doesn’t mean you should ignore your Retweets. The fact of the matter is even if the sharer doesn’t read your content, they’re still distributing it for you.

When you’re looking at Retweets on the Tweet activity dashboard, pay attention to the dates they occur on. If you see huge spikes on a particular day, you can go back and look at where they originated. Maybe one of your Tweets was Retweeted by an influencer, which sparked even more engagement.

Looking at stats is helpful, but you need to take the next step and act on it. If an influencer helped you get a boost in Retweets, try to connect with them for a partnership or co-marketing opportunity. At the very least, thank them for giving you more exposure.

Replies are right up there with link clicks as the most valuable types of engagement. When someone replies to your Tweet, they took the time to actually stop in their feed and read it instead of just scroll past.

what's the next-to-last logo? What social network it is?

Even if the reply is a criticism (not trolling) it means that your content triggered some level of emotion from them. As a social media marketer, any time you can get your followers to engage in conversations around content you shared, something worked. Your job is to figure out why it worked and do more of it.

Also, look for patterns in your replies. Do you tend to get more replies on certain days? Those could be the days your followers are the most active. Start to schedule more Tweets around that time of the week to boost your engagement.

Engagement rate gives you an idea of how much your audience is active. If you’re getting thousands of impressions but very few likes, Retweets and replies, you could look into ways to get your followers more engaged on Twitter with your content. You can ask them to Retweet or share your Tweets with friends. According to data from Salesforce, Tweets that specifically ask people to Retweet receive a 12x higher Retweet rate.

RETWEET if this is you waiting for the work week to end. #NewGirl pic.twitter.com/zeHXBTtbu7

It’s easy to get caught up on vanity metrics like total number of followers. Engagement rate is a great metric because your follower size doesn’t matter as much. It’s all about how active your audience is, which is what’s most important on a network as competitive as Twitter.

Tweet Activity gives you a good overview of your Twitter performance, but to get more specific information you’ll need an additional data source. Sprout can give you a deeper level of insight into the performance of your Tweets, as well as your overall Twitter account.

You’ll be able to see a lot of the same data as Twitter’s Tweet activity report like the amount of engagement and clicks, but you also have access to some additional metrics like reach.

Reach is a metric Sprout uses to calculate the total amount of people that may have seen your Tweet. Check out our Twitter impressions article to learn more about the difference between impressions and reach.

Another benefit you get with Sprout is the ability to see how your different Twitter profiles stack up against each other. You can quickly switch between your different accounts, which is perfect for agencies that manage multiple Twitter accounts. Instead of choosing between Twitter’s dashboard and Sprout, we suggest combining the two for a complete picture of your Tweet activity.

The Tweet activity dashboard is a great way to gather data and see what’s working for your brand. However, don’t forget to take the next step and use that information to make smarter decisions for your Twitter marketing strategy.

If you’ve never used the Tweet activity dashboard before, give it a try. If you want more in depth Twitter analytics and reporting, sign up for a free 30-day trial with Sprout Social!