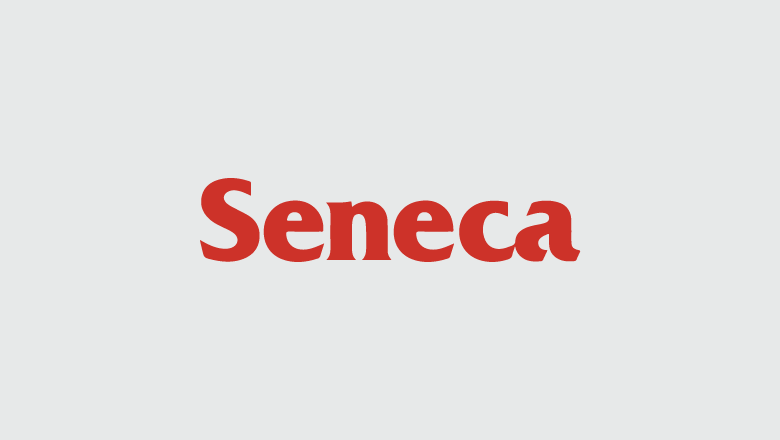 But what happens when calm social waters become a raging river of frustrated students seeking answers?

You take a deep breath and turn to Sprout Social, of course.
Looking for additional insights on higher education social media? Join our live higher education webinar to get the latest in the industry and have your questions answered!

Like many modern schools, Seneca relies on social to inform and interact with its student body, engaging with prospective and current students in real time.

And with Sprout features like Brand Keywords, the team is constantly uncovering new opportunities for community engagement.

“We’re able to pick up on conversations people are having with their peers when they’re thinking about which school they want to apply to,” Lewis said. “We actually do chime in. We offer support, we offer to answer questions, we invite them to come for a campus tour. We have multiple examples of students we picked up because we were using Sprout’s Brand Keywords.”

As one of the largest colleges in Canada, with campuses across the Greater Toronto Area, Seneca serves nearly 30,000 full-time students and 70,000 part-time students. With a small team dedicated to social, Sprout is integral to keeping things organized and running smoothly.

Of course, that becomes much more difficult when you throw a labor strike into the mix.

On October 16, 2017, approximately 12,000 full-time staff members at Ontario’s 24 colleges went on strike. As you might imagine, students at Seneca had no shortage of questions.

“Deluge is the right way to put it,” said Lisa Pires, Media Relations Specialist at Seneca. “It wasn’t just the first day of the strike. It started in the week leading up to it. That was a major story for weeks before. We had to be prepared and be on Sprout late at night in the couple days before the strike started to handle all the questions students had.”

From the beginning, social was essential to the college’s communications strategy.

“Social provided us with a real-time way to let students know what was happening,” Lewis said. “We sent out emails to them. We updated our website. But in terms of a back and forth, if people had questions, social was the way we communicated.”

The strike continued for a record-breaking five weeks, yet throughout all that time, the comments and questions on social rarely let up.

“It was constant,” Pires said. “There were so many changes and the media was reporting on all the different developments every day, so there were always new questions being asked and new angles to the situation. It definitely never died down.”

On a month-over-month basis, on October 19, received message volume on social increased by 62.2% for Seneca. Engagements also rose by 65.6%. From October 14 to December 14, the volume of received social messages increased 75.3%. In terms of engagements, the school counted 88,923 over the two months across Facebook, Twitter, LinkedIn and Instagram.

With so many questions and comments to respond to, Seneca used Sprout to determine where it needed to focus most.

“The Smart Inbox was really helpful,” Pires said. “Whoever picks up the next shift can go in and see what needs to be responded to. It definitely helped us stay organized, especially when you have multiple people working on different shifts and picking up where somebody else left off.”

And instead of using Brand Keywords to find prospective students, the team was able to leverage it to assist students in need of support.

“During the strike, we had many individuals who reached out to us on social to express that they were in distress because of what a toll the strike was having on them,” Lewis said. “In some cases, people didn’t reach out to us directly, but we picked up conservations using Brand Keywords and we were able to intervene in some pretty concerning conversations that people were having around their mental health and being in distress. We were able to reach out to those people on social and connect them with our counseling and accessibility office so that they could get some support.”

The strike officially ended on November 19, with students returning to their classes November 21. After seeing what a crucial role social and Sprout played during the strike, the Seneca team is excited to explore new ways to leverage both across the institution.

“A situation like the strike is a great training opportunity and a great awareness opportunity to show what social can do,” Lewis said. “Our hope is to bring other departments and people running affiliated accounts into the Sprout fold so we can all collaborate a lot more seamlessly. It’ll help us get the subject matter experts answering some of the more specific questions on social through the Sprout platform, and will allow us to track our metrics collectively as well. We can really see what kind of impact we’re having across the whole institution in all of our accounts.”

While the team at Seneca is happy the strike is over, it received an advanced degree in how Sprout Social can provide value both in times of calm and crisis—a lesson that will help it continue to enhance its social strategy to better serve the student community.

Social Media for Higher Education: How to Inspire Prospective Students to Enroll