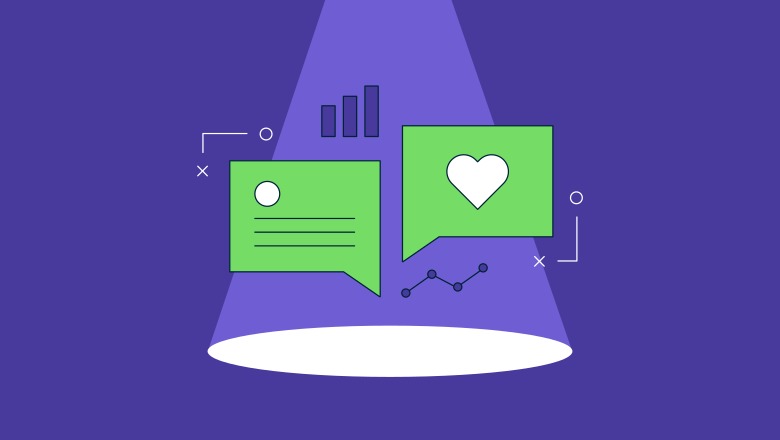 My husband recently took up photography as a new hobby. One of the first things he learned as a beginner is the importance of focus, which is often associated with a photo’s sharpness. But what he learned (and what I learned, as his excitement bubbled over into our dinner conversations) is that it’s about much more than that. Focus is what enhances a subject or object by making it stand out from its surroundings. Photography blogger John Watson says, “the right focus can create an emotional connection with the viewer.” VSCO founders, Joel Flory and Greg Lutze, know a thing or two about focus. Their photo-editing mobile app has over 150 million Android and iPhone downloads since it first launched in 2012. And while focus remains a critical fundamental in photography, Flory and Lutze have learned it’s also integral to the success of a brand.

When the two men first released VSCO in 2012, it was the app’s focus on creators that helped it stand out from others on the market. VSCO (then VSCO Cam) was unique in that the app didn’t include number of followers or allow comments on posts. Flory and Lutze believe this emboldens creators to try new things, share in-progress work and fall in love with the process vs. the affirmation of popularity metrics. And while the app has evolved over the past 8 years, the company’s main focus remains the same: giving creators the tools, spaces and connections to express themselves authentically.

Choosing the right focus continues to benefit VSCO as the app currently serves over 2 million paid subscribers—creators who value the tools and experiences offered up on their Feed, Discover and Studio pages. One of these experiences in particular has received a lot of love and attention from users and media alike: a photo collection titled #BlackJoyMatters, which features the work of Black photographers and artists.

Distinct from the app’s existing #Melanin Collection—which has helped Black creators connect and gain exposure since 2015—#BlackJoyMatters is part of a new initiative led by VSCO’s Director of Consumer and Product Communications, Shavone Charles, that aims to highlight Black people in moments of joy and happiness—a focus often neglected in mainstream media.

In a recent interview with female style and culture blog, HYPEBAE, Charles says,

“For Black people in America, trauma has always stolen our headline. Black communities have always been cultures that thrived amidst struggle, experienced joy and prevailed through creative expression — we’ve simply neglected to wholeheartedly express this side of the coin.”

Her aim for the #BlackJoyMatters initiative is to paint a more complete picture of the modern Black experience. Trauma and tragedy may be part of it, but it’s not everything. This doesn’t mean VSCO isn’t supportive of the #BlackLivesMatter movement. On the contrary, in early June the brand’s social team halted all planned content and dedicated their platform to sharing resources and amplifying Black voices.

But in the official announcement of the #BlackJoyMatters initiative, Charles made it clear that “Black people don’t just deserve to be alive—we also deserve to be happy.” The campaign’s unveiling shared under the app’s Journal section kicked off the summer-long series and let users know what to keep an eye out for in the coming months, and how to participate.

First, a simple call to action: Create, capture and share your interpretation of Black Joy on social using #BlackJoyMatters. Submitted imagery can include first-person videos, photos and/or original art and will be featured across VSCO’s social channels and within the app’s new #BlackJoyMatters Discover carousel.

In addition to the imagery itself, the campaign also includes a strategy for amplifying these stories of joy (and the Black creative voices behind them) through brand and editorial partnerships, including Refinery 29’s Unbothered and Black Women Photographers.

With our friends at @BlkWomenPhoto, we asked the community to share their perspective on why #BlackJoyMatters to them and how they create those moments of joy — https://t.co/kSCg9Umzfk #VSCO

While still only a few months in, I anticipate high praise for VSCO’s #BlackJoyMatters campaign for how it advances the conversation around the Black Lives Matter movement in a way that few brands have. Not to mention the seamless integration of their product and a message that feels strikingly authentic, and refreshing.