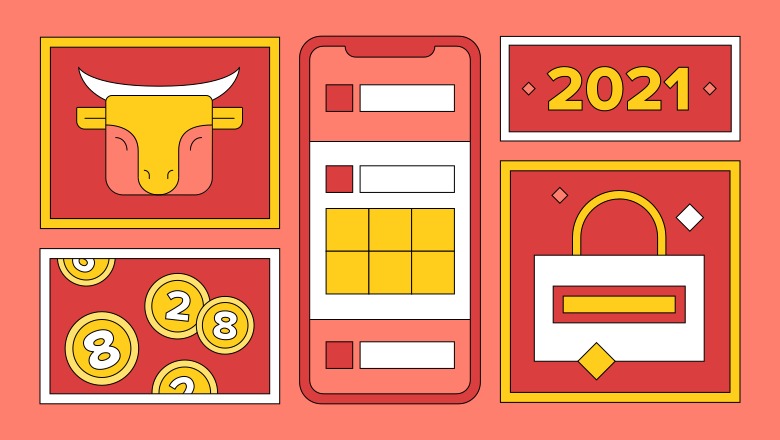 Luxury brands have all eyes on February 12 as they prepare for one of their biggest holidays of the year: Chinese New Year. And how these brands approach the holiday offers marketers a powerful lesson in harnessing consumer insights to create culturally relevant campaigns.

China’s consumer market, which is expected to reach a value of $8.4 trillion by 2022, is considered a key growth opportunity for luxury brands looking to rebound from a tough 2020. Brands like Gucci and Fendi are already rolling out their annual Chinese New Year marketing campaigns.

Put simply, luxury brands can’t get enough of the Chinese market or the holiday. But the difference between creating a campaign that thrives from one that falls flat starts with acknowledging the cultural nuances surrounding the holiday. A nod to childhood nostalgia can bring brands closer to their East Asian audience while Chinese New Year marketing ideas that use exaggerated motifs are sure to draw online criticism.

When brands take the time to understand what customers really value and the cultural significance behind the holiday they’re celebrating, that’s when a campaign will take off. Even if Chinese New Year isn’t on your brand’s marketing calendar, there’s plenty to learn from the luxury brands that have experienced success and failure and everything in between.

Chinese New Year is referred to by several different names; in Tibet, the festival is known as Losar while Koreans call it Seollal. To encompass all the different cultures that celebrate this holiday, it’s more commonly referred to as Lunar New Year or Spring Festival.

Though the specific traditions and celebrations vary by country, at its core the holiday is all about family. Vivien Kuo, a Product Software Engineer at Sprout Social and member of the Asians@Sprout BRG, compares the holiday to Christmas or Thanksgiving in America.

“It’s a time when your family gets together,” says Kuo, who identifies as a Taiwanese-American and was raised in Taiwan. “It’s a family-oriented holiday where you spend a lot of time eating, and each family has its own traditions like seeing a movie or visiting the local night market.”

As far as timing goes, the Lunar New Year follows the lunisolar calendar and falls between January 21 and February 20. Each year is associated with a certain animal that repeats in a 12-year cycle, with 2021 celebrating the year of the ox.

It's February and that means #LunarNewYear is coming! This year is the #YearoftheOx and it starts on Feb. 12, 2021. pic.twitter.com/u62HBrOxqY

Prioritize the channels where your audience lives

Given that China leads all countries with the most internet users globally, knowing which social channels to leverage can make or break a brand’s Chinese New Year marketing campaign. Luxury brands have demonstrated they know where to go by embracing local social platforms like WeChat and Weibo.

Consider how Gucci leverages WeChat for its Lunar New Year campaigns. Data from the Vogue Business Index shows search volume for Gucci increased 10-fold compared to the average on the app in January of this year. The luxury brand knows that customers who are most interested in Lunar New Year-themed products are more likely to use WeChat and Weibo than Twitter or Instagram. In fact, you won’t find any mentions of Chinese or Lunar New Year on Gucci’s main Twitter profile.

Burberry also recognizes they’re unlikely to garner the consumer attention they want on platforms catering to a Western audience. The fashion house teased its Lunar New Year short-film, A New Awakening, on Weibo. The 60-second teaser garnered over 3.4 million views while the accompanying hashtag generated over 89.5 million views. Burberry has since released the short film on YouTube globally, but it currently only has 405,000 views since its January 18 premier.

For a digital campaign to succeed, brands need to consider how different social networks can cater to both a local and international audience. While people in China are likely luxury brands’ primary consumers, there are also consumers all over the globe who are interested in Lunar New Year-themed goods. In addition to Weibo and WeChat, Fendi leverages platforms like Twitter to create shorter, product-focused campaigns to appeal to their global audience. This strategy enables the luxury brand to both market to their primary audience and pursue opportunities to reach consumers outside of China.

Ditch the stereotypes and focus on cultural values

It’s almost guaranteed that, whenever Lunar New Year rolls around, there’s always one brand that goes overboard with the red and gold color scheme, paper lanterns and exaggerated motifs. Consumers are quick to point out when a campaign crosses the line separating cultural appropriation from cultural appreciation. Kuo also notes the visual design of a campaign makes it easy to spot how much (or how little) effort brands put into their new year marketing efforts.

“When I lived in Taiwan, a lot of the Chinese New Year stuff was based around the year’s zodiac. This is the year of the ox, so a lot of things are ox-themed,” says Kuo. “It’s interesting for me to see how when some brands create Chinese New Year collections, they just do generic things. I don’t see it negatively, but clearly someone just decided Chinese motifs were good enough and decided to sell this.”

Instead, brands should acknowledge and incorporate the traditions celebrated during Lunar New Year to better connect with their customers. Kuo shared some of the better Lunar New Year campaigns she saw while living in Taiwan incorporated sayings of blessings and phrases about bringing in good fortune. For example, one tradition during Lunar New Year is for families to exchange gifts of red envelopes with cash. Nike playfully incorporated this tradition, known as hongbao, into their 2020 campaign, which was positively received on social.

Nike also drew design inspiration for its most recent Weibo and WeChat campaigns from the Chinese tradition of temple gatherings, known as Miaohui. The sportswear brand created a 60-second short film that logged over 277,000 views in two days on Weibo. To round out their Chinese New Year brand activations, Nike launched a campaign-specific hashtag so consumers could upload user-generated content sharing their personal resolutions.

The most successful campaigns are the ones that demonstrate a keen understanding of the culture and play to consumers’ emotions. For example, Belgian brand Maison Margiela partnered with a local Chinese artist to design a campaign that explored the cultural representation of the ox in contemporary art. Netizens responded positively to the luxury brand’s decision to play up the spiritual significance of the animal, with the campaign receiving over 21,100 views on WeChat. Consumers are looking for brand messages that resonate with them and are quick to sniff out when brands don’t bother to learn the significance behind certain celebrations.

The best global campaigns start with a local perspective

For now, luxury brands dominate the Lunar New Year holiday. But thanks to the internet and migration of Asian consumers all over the world, it’s no surprise to see more and more retailers join in on the festivities.

At the same time, it’s important for brands to remember that Lunar New Year is more than zodiac-themed collectibles and red-and-gold packaging. It’s a holiday that holds historical and cultural significance for the billions of people around the globe who celebrate it. So even if Lunar New Year isn’t on your brand’s marketing calendar, there’s a lot to learn from the luxury brands who’ve found success in the Asian market. For any campaign to resonate with your target audience, embracing localized marketing and appealing to your customers’ emotions are two good places to start.

Curious to know which platforms your audience uses or what topics that hold their attention? Learn how tools like listening can help your brand uncover the trends (both locally and globally) your audience wants to see from your brand today.