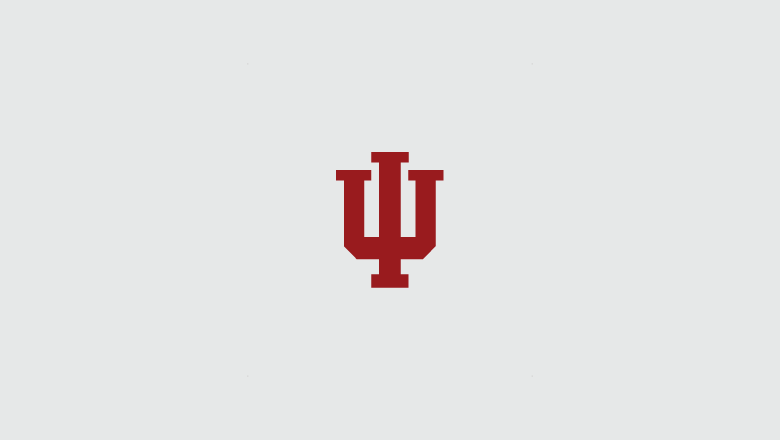 Indiana University (IU), the home of the Hoosiers, has a storied history as one of the top universities in the Midwest. Over the last 200 years, the university has expanded to nine campuses with a total of 88,861 students. Social media has become an integral piece of building IU’s brand identity and engaging its community, so their team needed a powerful solution to connect such an expansive system.

They chose Sprout Social. Since then, the powerful tools at their fingertips have helped improve the student experience, manage the university’s reputation, unify their voice system-wide and even make a case for hiring new staff.

The Tag Report has been a huge change for us in the past year. We have a lot going on, so using that function to track campaigns makes it easy to separate things out, check the performance to each account and get a quick report that we can send off to our partners.
Morgan Campbell
Social Media and Digital Marketing Specialist

For many higher education institutions, decentralization is a challenge. “Before colleges really understood what social media would mean and how to use it strategically, individual departments were creating their own profiles. By the time that I started here in 2017 there were at least 600 different IU related accounts just for IU Bloomington,” says Clayton Norman, the social media and digital marketing leader for IU Studios, the marketing and communications branch of the university.

With so many accounts across platforms, it could be difficult to maintain a consistent brand and unified strategy. IU has developed several different ways to overcome that challenge. One being the Social Media Council, a community of IU practitioners that come together to share best practices, recent wins, ways to collaborate across the IU system and more.

Additionally, Norman and his team act in a consulting role for different units, including administrative offices, departments and programs. “We help each unit think more strategically about where they want to go with their own brand, what their story is going forward and how they can execute that on social to fit within the larger IU brand,” says Norman.

In addition to the essential collaboration between IU Studios and the whole IU network, Norman and his team use Sprout’s Message Tagging and reporting tools to back up strategic thinking and execution.

“The Tag Report has been a huge change for us in the past year. We have a lot going on, so using that function to track campaigns makes it easy to separate things out, check the performance to each account and get a quick report that we can send off to our partners,” says Morgan Campbell, IU’s social media and digital marketing specialist.

Listening to the student voice

Campbell also manages monitoring and publishing in Sprout every day, so she is on the front lines of community engagement. She keeps a close eye on what students are saying and brings those insights to leadership.

Using Sprout’s Smart Inbox, Campbell addresses comments, questions and concerns all in one single stream. Campbell can also reference conversation history in the Contact View while replying to personalize messages for anyone that she’s responded to previously. It’s also a useful feature for her to gauge what the intent of the conversation is.

“If I see that a user keeps coming up in the Inbox with complaints, I can look at the history and see how long it’s been going on. Are they actually looking for answers? Or are they just venting like a lot of people do on social media?” says Campbell. “We want to build relationships with as many people as we can, but don’t want to waste time. Looking at the conversation history helps us decide if a response will help or if the user is just being difficult as a result of their frustrations.”

In addition to Campbell checking the Inbox and managing 1:1 communication, the IU team gets invaluable insights from Sprout’s listening tools. As students arrived on Indiana University-Purdue University Indianapolis’s (IUPUI) campus in the fall of 2019, the social team used Sprout Listening to keep an eye on chatter. They found that overall sentiment toward IUPUI was 85% positive for the month of September, but parking issues put a dent in that sentiment.

The IU team set up a social listening query with keywords “IUPUI” and “parking,” as well as all Tweets to the @IUPUI and @IUPUIPARK accounts mentioning the word “parking.” In one month, they measured 211 topic mentions, which highlighted the growing issue. Not only that, but the team also uncovered specific frustrations like the cost of parking permits, inability to find spots and campus construction that exacerbated the issue. With that information, IU Studios was able to report their learnings to leadership and start a larger conversation about the issue.

“You can’t just make new parking spaces out of nothing, but that was one of the first examples where we were able to really demonstrate the value of social listening to school leaders,’ says Norman.

With Sprout’s listening tools, we’ve really been able to solidify our place at the table when it comes to strategy, marketing, content development and how the university acts and responds in the face of challenging situations.
Clayton Norman
Social Media and Digital Marketing Leader

When it comes to crisis management, the IU team has learned that moving quickly when an issue starts to gain traction is key to a successful and coordinated response. Their ability to identify and surface issues as they arise is critical to developing an effective social response strategy as well as providing actionable insights to the university’s leadership team.

Listening has become their go-to tool for crisis communications. When a Twitter account with half a million followers unearthed some insensitive Tweets from a tenured IU professor and shared them with their network, it posed a real problem for the university. However, the social team took swift action, setting up a Listening Topic to understand the volume and reach of conversations happening around the issue.

Next, they set up Inbox Rules to auto-apply tags on the specific incoming messages related to the issue and the university. “Being able to automate that process so that all of the messages that come in during these situations are channeled into one space lets us analyze messages quickly, make decisions or offer suggestions to leadership about what actions should be taken,” says Norman.

Adopting this playbook has enabled them to respond rapidly to both global and brand issues on social and inform university leadership’s response plan. Their team can provide insight into the progression of the narrative of a crisis, including inflection points and what caused them, and share actionable intelligence to help the university respond at the speed of social.

Within almost 24 hours of when the issue really escalated, IU’s provost, armed with the listening data, released a statement, staked out IU’s position condemning the professor’s Tweets and headed off a lot of the conversation that was growing on Twitter.

“With Sprout’s listening tools, we’ve really been able to solidify our place at the table when it comes to strategy, marketing, content development and how the university acts and responds in the face of challenging situations,” says Norman.

Proving the value of social

Proving the value of social is one of the top challenges marketers face, but with Sprout’s Premium Analytics, IU uses concrete metrics that demonstrate the value of their work to their partners.

Norman, Campbell and the rest of their team work closely with the IU newsroom to share their content. “Giving them Sprout reports with link clicks to show how many people are continuing on to the newsroom from our posts, has really solidified our relationship as partners,” says Campbell.

When IU publishes a larger campaign post for the newsroom that drives engagement and conversation, Campbell can share the Post Performance Report to show newsroom partners that success. “Sprout reports not only show people what we’ve done, it’s also just satisfying for me to have something tangible to show off,” says Campbell.

The Group Report made it easy to measure IU’s whopping 105 million impressions, 4.2 million engagements and 350,000 link clicks across all channels this year. With this data at their fingertips, the IU team took the report a step further by creating a social media year-in-review video that they can easily share with their partners, students and leadership.

Making a case for additional resources

When a new Chief Marketing Officer joined IU in 2019, they asked what percentage of their content was video and how it performed compared to other content types. At the time, the IU team had to manually calculate video views across all platforms for a full year in an Excel file, which was time-consuming and tedious.

“At that point, we were looking for more analytics that included more video metrics that we didn’t have to pull by hand. With all the work we put in at the onset, we were able to say, ‘Look, we can get six weeks of work back for the university just by upgrading our Sprout plan to get Premium Analytics,’” says Norman.

On top of that, IU Studios was able to make a case for keeping their video interns on the team for longer than their initial contract. “We used the tagging function to identify anything that the interns made themselves. The Tag Report showed how many views they got and how much more we were able to publish just having them around for almost three months,” says Campbell. “That really helped prove the case that we really need these guys to stick around.”

Finding where a social media team fits in at a university can be challenging, but IU’s team has become a major player in informing university decisions. “In the past, people valued social and certainly were willing to invest in Sprout with us, but more and more the university has become invested in our team, the data and analytics we provide,” says Norman.

IU Studios is now working on new ways to develop and grow the IU brand, looking at increasing their digital footprint and improving their skills as a team. With Sprout, IU has pushed past vanity metrics and dug into advanced analytics to lay the groundwork for a holistic, impactful strategy that elevates the student experience and connects Hoosiers far and wide.