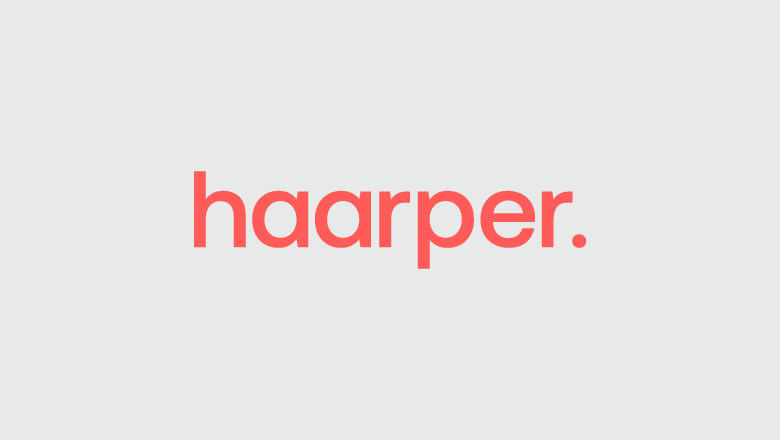 haarper., a Melbourne, Australia-based boutique consultancy, knows a thing or two about the power of social media.

The organization provides strategy, content, design and data analysis services to a wide variety of clients, from major consumer brands to government agencies.

And social is often at the center of its efforts.

That’s why haarper. relies on Sprout Social and its Advanced Listening tool to deliver exceptional results.

haarper. had its pick of social media management softwares, but selected Sprout because of its powerful tools and exceptional customer service, according to Dan Wilkins, the organization’s General Manager and Co-founder.

“What got Sprout Social over the line was its constant innovation to help its customers and its friendly service,” Wilkins said. “Messages are answered quickly, even with the difference between U.S. and Australian time zones, and that’s so important for a client-service business like ours.”

“To plan out and measure a campaign, Sprout is a no-brainer,” Wilkins said.

“We were looking to up our data capabilities,” Wilkins said. “Listening was the next logical step, and the deepest insights – for Facebook Video and Instagram Stories, for example – were really important to us. Simply Measured becoming part of the Sprout family made the decision easier.”

The insights Advanced Listening provides are on clear display for Puka Up, one of haarper.’s clients.

The aesthetics of the reporting is one of my favorite features. Getting the data is very important, but being able to quickly see the data, make sense of it and make a decision on our next move are all imperative in this space.
Dan Wilkins
General Manager and Co-founder, haarper.

The goal of Puka Up is to “create environments for every person to have authentic and genuine conversations about mental health and emotional wellbeing,” according to Wilkins, with suicide prevention being a primary objective.

“We use social listening to focus on points of view that people might have, as well as how we can help put them in contact with doctors and other medical professionals,” Wilkins said. “We also measure how the content we’re producing is resonating. Obviously we want to reach as many people as possible to spread the conversation and educate.”

Through social listening, haarper. is able to help Puka Up learn more about its audience and what’s important to it, as well as determine what social content performs best.

“For instance, we found short-form videos featuring everyday people perform just as well as those with more notable individuals, and a push of Instagram Stories resulted in a larger organic uptake of the Puka Up podcast,” Wilkins said. “Those are just two results that have played large parts in our strategic direction.”

“We made it a focus to find out what people wanted to hear about after the first season of the Puka Up podcast, and we found ways to combat mental health issues were more important than who suffers from them,” Wilkins said. “That had a direct impact on how we approached Season 2 of the podcast. Finding guests who are trained to treat mental health issues was a goal for launching a second season, and that has happened.”

You can see what people are saying, at scale, about your industry and your brand. That is so important—that level of detail and feedback is an incredibly powerful asset to help you.
Dan Wilkins
General Manager and Co-founder, haarper.

How social listening data is presented is crucial to haarper.

“The aesthetics of the reporting is one of my favorite features,” Wilkins said. “Getting the data is very important, but being able to quickly see the data, make sense of it and make a decision on our next move are all imperative in this space.”

How the data can be filtered is equally essential.

“The ability to segment location has been important for a number of clients, especially those researching other markets to potentially launch into,” Wilkins said. “You can see what people are saying, at scale, about your industry and your brand. That is so important—that level of detail and feedback is an incredibly powerful asset to help you.”

Even more powerful are the results haarper. has seen.

Reaching as many people as possible is the goal, as engaging with online audiences is a way for Puka Up to spark conversations and potentially save lives.

Year-over-year data shows that as of December 3, 2018, Puka Up achieved a:

This helped Puka Up reach a total of 5.3 million social impressions, 132,400 social engagements and 15,000 social link clicks over the course of a year.

Thirty-nine percent of social marketers say developing a strategy to support business goals is a challenge for them, with 27% saying the same thing about figuring out what content to post.

Thanks to social listening, these are challenges haarper. and Puka Up have no trouble overcoming.

“Social listening gives us an unobscured view at what customers want,” Wilkins said. “That’s the game.”

And with Sprout Social Advanced Listening in its corner, it’s a game haarper. plans to win.

How Sprout Social Helps Media Cause Deliver Value to Clients