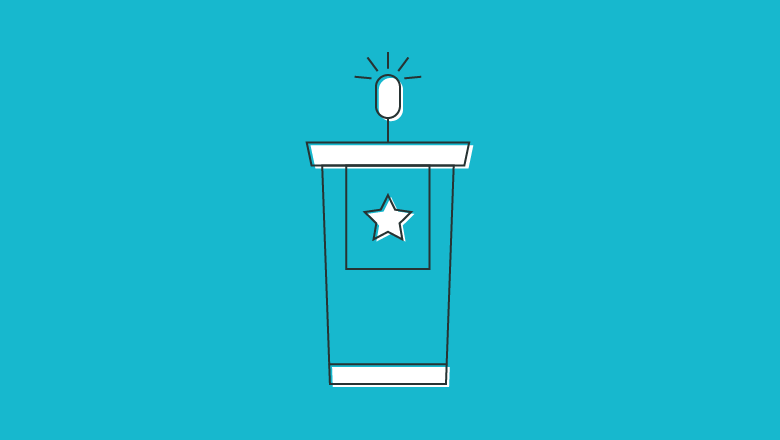 Stay out of it.

Take the path of least resistance.

Up until now, this has been the predominant mindset of brands amidst major sociopolitical change, division or scandal.

But as today’s political climate continues to spiral and trust in institutions is at an all-time low, consumers have begun looking to brands to step up and take the lead in effecting change.

According to a 2018 survey by Sprout Social, two-thirds of consumers (66%) say it’s important for brands to take public stands on social and political issues. And Edelman’s 2017 study, “Beyond No Brand’s Land,” found that more than half (51%) of respondents believe that brands have more power to solve social issues than the government.

Never before have brands held so much influence over societal changes. And although some brands may be uncomfortable stepping into this new role, they may not have a choice.

Nearly 60% (57%) of consumers are more likely to buy from or boycott a brand because of its stance on a social or political issue. And for these “belief-driven buyers,” silence is not an option.

But with the recent missteps of brands like Pepsi and Uber, it’s understandable why brands may be wary to speak up. Luckily there are some brands that have gotten it right and whose success can provide a lesson to others looking to follow in their footsteps:

1. Patagonia – “The President Stole Your Land”

Last year when President Trump gave the order to dramatically reduce the size of two national monuments in Utah, Patagonia–along with the greater environmentalist community–responded with outrage and fear for the integrity and protection of these public lands.

To publicize the brand’s position and further educate the general public on the issue, Patagonia replaced its website’s traditional homepage with a confrontational headline followed by the company’s stance on the issue, further resources and suggestions to donate.

Why it worked: We learned in the Sprout study that relevance is key to reception. Environmental conservatism is at the heart of Patagonia’s brand. It’s in their company’s mission statement to inspire and implement solutions to the environmental crisis. So not only was their response a legitimate, warranted stance, but it was almost necessary given the values the brand was built upon.

It also worked because the revamped homepage was not simply an empty, isolated gesture or media stunt. Not only does Patagonia already have a proven track record of grassroots environmental efforts and generous donations, this particular campaign was accompanied by a giant resource catalog with education around public lands and next steps for visitors looking to take action.

The popular home-sharing site drew national attention with the airing of their politically-charged TV commercial during Super Bowl LI. In response to President Trump’s nation-dividing travel ban, the aid boldly declared, “we believe no matter who you are, where you’re from, who you love or who you worship, we all belong. The world is more beautiful the more you accept,” followed by the hashtag #weaccept.

In addition to the ad, Airbnb CEO Brian Chesky released a statement a few days after the commercial aired stating the company’s goal “to provide short-term housing over the next five years for 100,000 people in need.” The company also pledged to contribute $4 million to the International Rescue Committee to support the needs of the globally displaced.

Why it worked: Again, this was a stance on an issue that directly aligned with the service that Airbnb offers. It was a natural space for the company to occupy.

And like Patagonia, Airbnb didn’t just stop at the controversial tactic. It was backed up by the promise of real action that offered to directly–and quite significantly – reduce the negative impact of the ban.

On top of that, the company’s very own CEO was the one making public statements—not a PR spokesperson or generic company entity. According to the #BrandsGetReal study, people like to see CEOs speaking up.

Often described as the antidote to the disastrous Kendall Jenner Pepsi ad, Heineken’s “Worlds Apart” social-experiment-turned-TV-commercial is an example of a beverage company tackling tough cultural issues the right way.

In the experiment, two strangers are paired together to complete several DIY tasks while simultaneously getting to know a little bit about one another. After a level of respect and rapport is reached, it’s then revealed to the strangers that they each hold drastically opposing views on today’s most divisive, hot-button cultural/societal topics (ie. transgender rights, climate change and feminism).

The participants are then given the choice to either stay and talk it over with a Heineken in hand or part ways. After some expertly edited tense moments it’s revealed that everyone decides to stay and the audience is gifted with a montage of clips showcasing humanity’s very real capacity for kindness, empathy and acceptance—despite our differences.

Why it worked: Heineken does a lot of things right in this video. One, the lower production value and reality-TV vibe makes it feel less contrived and more authentic. Consumers can actually see themselves in that very situation. This demonstrates another facet of relatability that’s also very important.

Another big contributing factor is more about what the brand didn’t do. Unlike the Pepsi ad, Heineken didn’t position their product as the solution to these problems. It’s simply there to represent a bridge for discussion. Talking it over over a cold one is a common human experience. The brand didn’t over-promise or over-dramatize its role and what resulted felt genuine and authentic.

It was also very strategic in that it didn’t take a stance one way or the other on any of the topics. As mentioned above, Heineken took a lot of care in carving out exactly what the brand’s role is. It was less about choosing a side and more about positioning themselves as a way to unite people in the middle.

Even before President Trump’s controversial withdrawal from the Paris Agreement made climate change a household topic, Ben & Jerry’s had been championing the fight for cleaner energy sources. Never one to shy away from social issues, the ice cream brand launched a full-scale campaign/movement to join the fight against climate change in 2015.

As part of the campaign, the brand released a new ice cream flavor, “Save Our Swirled,” as a message to their fans to share their stance (“if it’s melted, it’s ruined”). They also published a list on their website of “endangered flavors” that used ingredients at risk should climate change continue to affect global farming and food production. Their creative efforts culminated in the video linked above, highlighting the significance and severity of this movement using the clever analogy of melted ice cream.

These however were just the marketing pieces of the campaign puzzle. More active components included an emissions-free road tour to spread the message and a partnership with community-based organization Avaaz to help distribute their petition demanding action from the United Nations.That partnership contributed more than 10% of the 3 million total signatures Avaaz presented to the UN.

Why it Worked: Why this particular campaign worked is also why any of the brand’s political activism works: taking a stand on social issues is part of the brand’s DNA. It has been a part of their brand story from the very beginning when proceeds from company profit as well as generous donations were gifted to fund various community projects. The brand believes, “the strongest bond you can build with your consumers is over shared values.”

And even when some brand backlash arose regarding the dairy industry’s heavy effect on climate change, the company took action pledging to take steps to lower their carbon footprint, as well as the long-awaited release of a line of vegan/non-dairy flavors.

Gone are the days when consumers only bought what you were selling. Now they’re buying what you believe in. And since staying out of the conversation may no longer be an option in the future, your brand may want to take a page from the playbooks of these brands doing it right.