Icons symbolize common actions, features, and themes throughout our app.

In the Sprout paradigm, an “off” state occurs before an action has been taken on an icon. 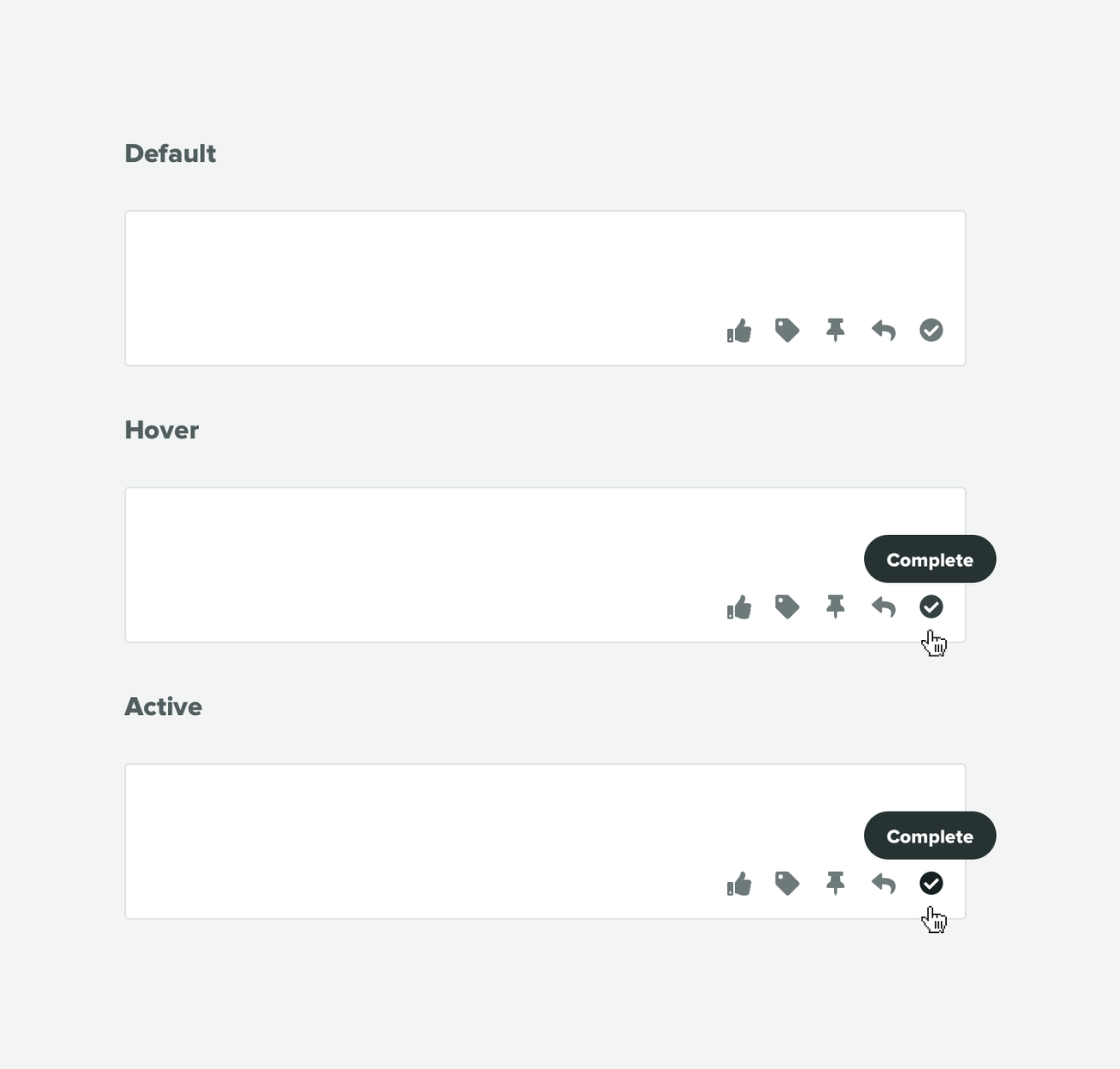 In contrast to the “off” state, an “on” state occurs after an action has been taken. It can represent a simple binary action or that data has been changed in some way. 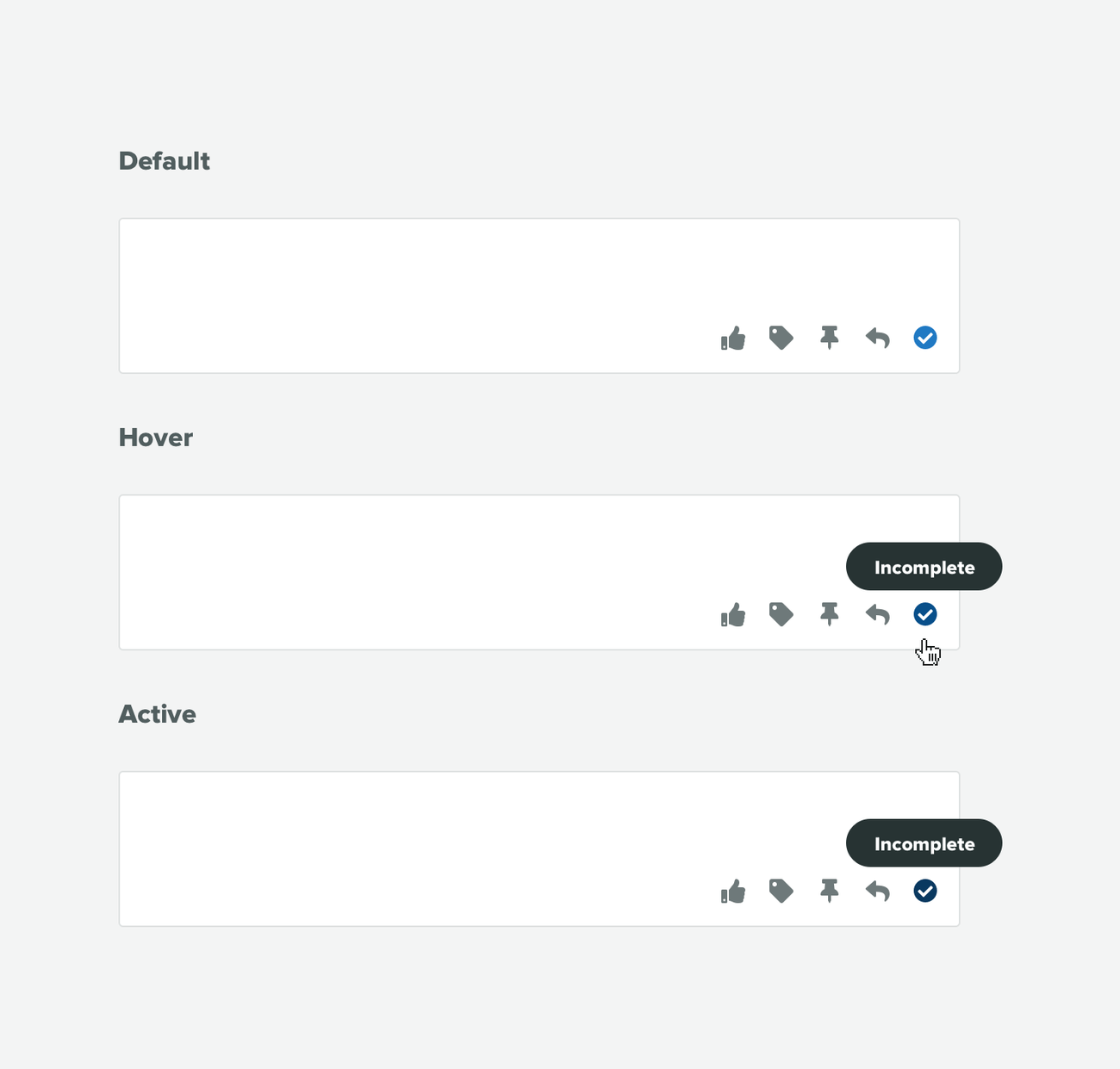 Tooltips provide new and existing users with text labeling to aid in immediately understanding the meaning of an icon. As Sprout uses primarily symbolic iconography to create conventions, Sprout users are never left guessing the meaning or state of an icon because they, or their computer, can read it.

Tooltip displays what the icon means and what it will do when clicked.

Tooltip is reflective of the state of the icon. I.E. “Like” vs “Unlike”

Solid icons are accessible much the same as solid buttons are. We have accounted for low vision, colorblindness, and blindness with contrast improvements, color differentiation, and screen reading.

Animations for icon interactions should have a 1 second duration. Adobe Premier prototypes will often reference specific keyframes, while CSS animations are defined as percentage values. To convert from keyframe to percentage, divide the keyframe number by 30, e.g., frame 15 / 30 frames per second would translate to 50% in CSS. Round to the closest whole number i.e., 33% rather than 33.3333%.

In Premier, interpolation can be set and adjusted on frame-by-frame and animation-by-animation basis. CSS Keyframe animations use a property called animation-timing-function which accepts standard pre-built functions like linear , ease-in or custom values via CSS’ cubic-bezier() function. The base curve used for our icon interactions is .33, 0, .67, 1.

The CSS keyframe animation API does not provide a way to alter an animation’s curve once it has been set via the animation-timing-function. Fortunately, it is possible to change this value via JavaScript by altering the icon’s animationTimingFunction function e.g., el.style.animationTimingFunction = "1, 0, .95, .6";. This JavaScript override can be implemented via setTimeout(), see this CodePen demo for an example.

We can animate with the following parameters via CSS Keyframe Animations, Position (e.g., translateY, translateX ), Scale, Rotation and Opacity.

Uses a combination of motion and scale to provide futher affordances to people with disabilities.