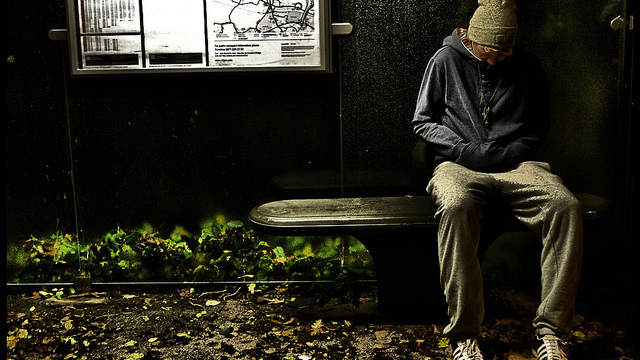 We’ve talked previously about the importance of response time in social media, and one company in particular has gone to elaborate lengths to show its customers that online customer service is no joke.

KLM Royal Dutch Airlines has introduced a live response time display for its social media services on Twitter (@KLM) and at KLM.com — it’ll soon be live on its Facebook Page as well. By doing so, the company shows that it lives up to its promise to respond to questions and requests within one hour.

“We believe in the transparency of social media,” said Martijn van der Zee, SVP E-commerce AIR FRANCE KLM. “Customers want to know what toe expect from us. We now offer them real-time insight into our response time.” 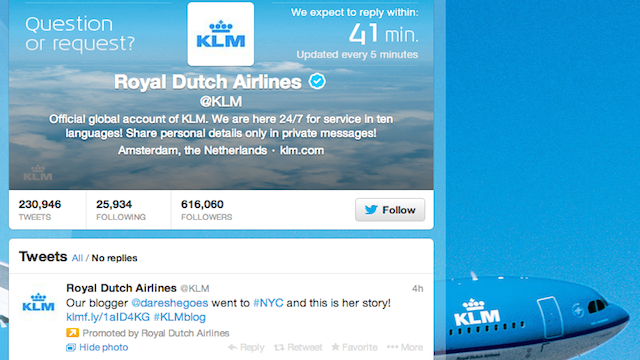 It’s important to note that Twitter doesn’t currently support a live wait time feature, although it’s possible we could see one in the future. Instead, KLM is updating its cover photo every five minutes with a new estimated “hold time” as part of the background.

Updating your cover photo that frequently might not make sense for a lot of companies, and customers certainly shouldn’t expect you to follow in KLM’s footsteps — at least not until a more efficient method is introduced. However, you can still provide fans with up-to-date information on your website, a la Ally Bank, and use social networks as a type of triage to free up call centers.

KLM currently offers customer service 24 hours a day, seven days a week in 10 languages on Twitter, Facebook, and VKontakte. The company plans to expand to include Google+ and Sina Weibo in the future.