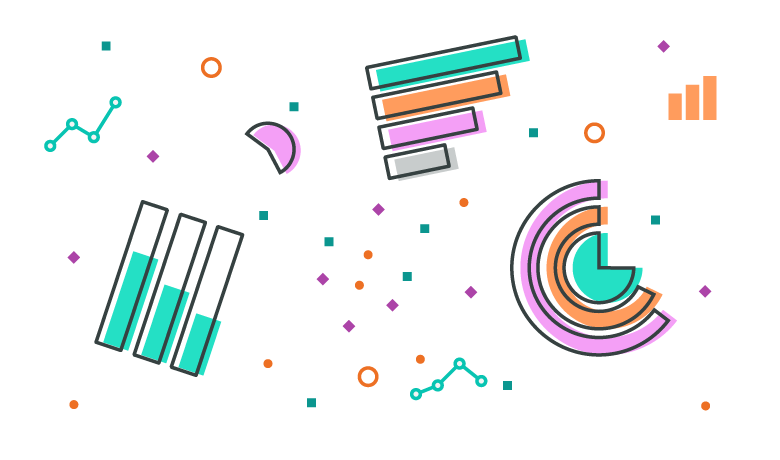 Plenty of brands are doubling down on social snark and reaping the benefits of increased media visibility. But does this behavior correlate to sales?

To understand how brand personality impacts purchasing decisions, Sprout Social surveyed 1,000 consumers on which traits they want brands to demonstrate on social and what action specific brand behaviors such as humor or friendliness prompt.

Celebrities have been keeping it real on social for years. Whether it’s Cher’s politically charged Tweets or Rihanna celebrating the Queen of England’s 100th birthday on Instagram by photoshopping her own face onto the Queen’s body, celebrities know the value of crafting a personal brand. Why? Because it speaks to a star’s authenticity and inspires a fierce, loyalty-driven bond between fans and celebrity.

Brand personality can be similar. Just like with celebs, it extends beyond voice and tone, and it’s more than throwing shade at your haters. Brand personality is what connects your product to its consumers. It reflects what your brand stands for and should be the bloodline that runs through all of your marketing and creative initiatives.

Brand personality is unique. The sassiness that got Wendy’s featured in AdAge shouldn’t be the blanket approach for all burger chains. The recent Sprout consumer survey found that three-quarters of consumers surveyed believe there’s value in brands exhibiting humor on social but only one-third actually want brands to bring on the snark full force. This pales in comparison to the majority of consumers, who buy from brands that are honest (86%), helpful (78%) and friendly (83%). It turns out that at the end of the day, consumers want brands to use social as a customer care channel.

Outlandish personalities resonate on social when organizations are willing to put time and resources behind social strategies that push the envelope. The hard fact to face is that your brand just might not be there yet. As you wait for your brand positioning and the rest of your marketing initiatives to fall in line, focus on what your social team can control: great content, engagement and customer care.

Wendy’s has worked to establish its friendly snark as a core brand trait and developed a following that hangs on its every tweet. Maybe it’s a good thing that the social media landscape isn’t littered with cheeky burger soundbites.

Where a brand chooses to put its personality on display can be just as crucial to connecting with its audience as what it actually says. Consumers are notoriously opinionated about what they want from brands on each social platform. Sprout found that, across all age groups, 83% of consumers are eager to see the key characteristics of your brand’s personality come to life on Facebook, where brands have the greatest ability to mix content formats and target appropriate audiences.

The behind-the-scenes behavior demonstrated on YouTube puts the video search engine in second place, with 48% looking for brands to show personality through video content.

Despite many of the oft-cited “big personalities” in the consumer brand world that show their true colors one Tweet at a time, only 40% of consumers are looking for brand personality to shine through on Twitter. Additionally, only 35% of overall respondents are on the lookout for personality on photo-sharing platform Instagram.

However, when Millennials are segmented out, the percentages for both Twitter and Instagram jumps to nearly 50%–a key indication that the younger generation is looking for more personality from brands on the social platforms that resonate with the demographic.

Audience demographic and platform usage data should influence when and where you’re interjecting overt brand personality. Take Velveeta Cheese for example. On Twitter, the brand cheekily refers to its product as “liquid gold” and shares user-generated content that encourages engagement from fans. YouTube tells a different story. Velveeta’s “liquid gold” messaging remains, but their videos focus on recipe content rather than UGC or behind-the-scenes footage from events.

Before diving into any brand positioning, take the time to understand who your audience is on each platform. Why is your audience using each platform? What type of content do they expect? What is their tolerance for marketing? What trends have you seen in engagement? Once you answer these questions and develop accurate audience personas, you can determine which platforms need an infusion of personality and which should remain informational.

Regardless of who you’re targeting, certain brand behaviors can come across as annoying rather than cool or entertaining.

Nearly everyone can agree that the 2016 election dominated the American news cycle last year, and the people want a break when it comes to brand messaging. Seventy-one-percent of consumers surveyed think political commentary from brands is annoying.

But brands don’t have to shy away from other cultural moments: Two-thirds of consumers think it’s cool for brands to talk about world or pop culture events. Brands like DiGiorno’s Pizza and Taco Bell have found audiences for irreverent cultural commentary on everything from live televised musicals to Mean Girls.

Not surprisingly, how your brand does social is just as important as what you talk about. With the rare exception, steer clear of disingenuous slang–nearly 7 in 10 consumers find slang from brands irritating.

But there’s some good news if your brand is swingin’ on the flippity flop with the younger crowd: Millennials are 25% more forgiving of brands who use slang than their older counterparts. Furthermore, Millennials find making fun of competitors to be cool at a rate 20% higher than other generations—making it clear that if they are your brand’s target audience, you have more room to experiment with cheeky social behaviors.

But for all of the discussion about snark, culture-jacking and the “coolness” of brand personality, it may be that people just want to talk it out with the brands they love on social. Tried and true brand engagement falls in line with the traits that consumers identified as most important: honesty, helpfulness and friendliness. In fact, 68% of consumers want brands to participate in conversations they’re mentioned in, and 83% want brands to respond to them. This response percentage jumps 10% when you look at Millennials–proving that actions speak louder than laughs.

Sorry to break it to you, but your brand cannot be everything to everyone. In order to walk the line between annoying and cool, you need to understand your brand, its voice and what it stands for. Then, you need to join the conversations that are relevant and avoid the ones that aren’t. Speak to your audience the way your audience speaks to you, and provide them with what they’re looking for—not what you want them to be looking for.

The limelight most often falls on big brands with big social personalities, but what’s in it for the rest of us? While 75% of consumers believe there’s value in brands exhibiting humor on social, only 36% are willing to purchase from brands they believe are funny. And those brands have to bring it, because funny can quickly slide into annoying if not fresh, relevant and interesting. That’s a big problem when 51% of consumers say they would unfollow a brand that annoyed them on social and 23% would walk away from your brand completely by vowing to never buy you again. Ouch.

So what’s a brand to do? If ROI and the bottom line are your social objectives, stick to what works: The social behavior from brands that correlate to sales is engagement. Need proof? It may be as easy as being present and providing value–answering a customer’s question on social prompts 48% of consumers to purchase, 46% are swayed by promotions and contests and 42% say they’d be converted by educational content.

Incorporate humor into your one-on-one conversations and see how your most engaged audience reacts to your tone and voice. If the feedback is positive, test a playful voice in your editorial content, and continue to adapt and learn from there.

Being funny on social isn’t going to drive ROI, and depending on your industry, a humorous social presence isn’t your audience’s top priority anyway. Your brand’s personality might not result in an influx of media placements, but that doesn’t mean you’re not a winner. Focus on what the majority of consumers want and what any brand, regardless of industry, can execute: honest, helpful, friendly behavior.

Personality isn’t everything. This is particularly true for certain industries where consumers think brand personality just doesn’t matter as much. For instance, 40% of consumers don’t want to see personality from Government agencies on social. The Banking and Utilities industries also don’t need to focus their social efforts on showcasing personality, because 33% of consumers could care less which traits they demonstrate.

Unsurprisingly, the Media industry tops the list for an industry where consumers want to be entertained. Other industries from which consumers are eager to see personality include: Consumer Goods (51.4%), Travel and Hospitality (50.8%) and the Automotive industry (48.6%).

But how does what consumers are looking for compare to industry benchmarks? In particular, how does it compare to benchmarks around engagement, which consumers have identified as a key behavior that influences purchasing decisions? While consumers might want to see personality from the entertainment industry, they certainly aren’t getting it via responses. We looked at Sprout’s Q1 2017 data and found that the industry’s response rate is a sad 7%, the lowest of all industries. Ironically, the Utilities industry doesn’t even rank in the top 10 for industries from which consumers want to see personality, but they’re offering the most in the form of engaging and responding to their social audience.

Looking across all industries, the average brand response rate is just 12%, and it takes brands an average of 11 hours to send those responses. That’s a one hour increase from the average response time a year ago in Q2 2016. Below is a full list of how each industry stacks up in terms of social responsiveness.

As a refresher, here’s what each metric means:

Media mentions and social virality can provide an incremental boost to your overall brand awareness, but be prepared to back it with a solid social strategy that has business impact. If snarky Tweets and humorous memes are the only personality traits your brand is displaying, you’ll come up short. Focus on wins that last by giving consumers what they want: honest, helpful and friendly behavior and content.

The Sprout Social Index is a report compiled and released by Sprout Social. All referenced data is based on 289,000 public social profiles (139,000 Facebook; 115,000 Twitter; 35,000 Instagram) of continually active accounts between Q1 2016 and Q1 2017. More than 3.9 billion messages sent and received during that time were analyzed for the purposes of this report.

Some data may have shifted from the last Sprout Social Index report due to a shift in the social profiles analyzed; however, all overarching trends remain consistent. Industry classifications were based on LinkedIn industry categories. In some cases, closely related industries were merged into a single overarching industry. All messages analyzed that were considered casual mentions or not in need of a response were excluded from engagement, response rate and response time calculations with the intention of eliminating noise. Analysis of which messages required attention was done using Sprout’s proprietary technologies. Response time and response rate calculations were done using Sprout’s Engagement Reporting technology found in the Sprout Social product.

The consumer survey was conducted by Survata, an independent research firm in San Francisco. Survata interviewed 1003 online respondents between April 17, 2017 and April 24, 2017. Respondents were reached across the Survata publisher network, where they take a survey to unlock premium content like articles and ebooks. Respondents received no cash compensation for their participation. More information on Survata’s methodology can be found at survata.com/methodology.

For questions about the Index data, please contact pr@sproutsocial.com.