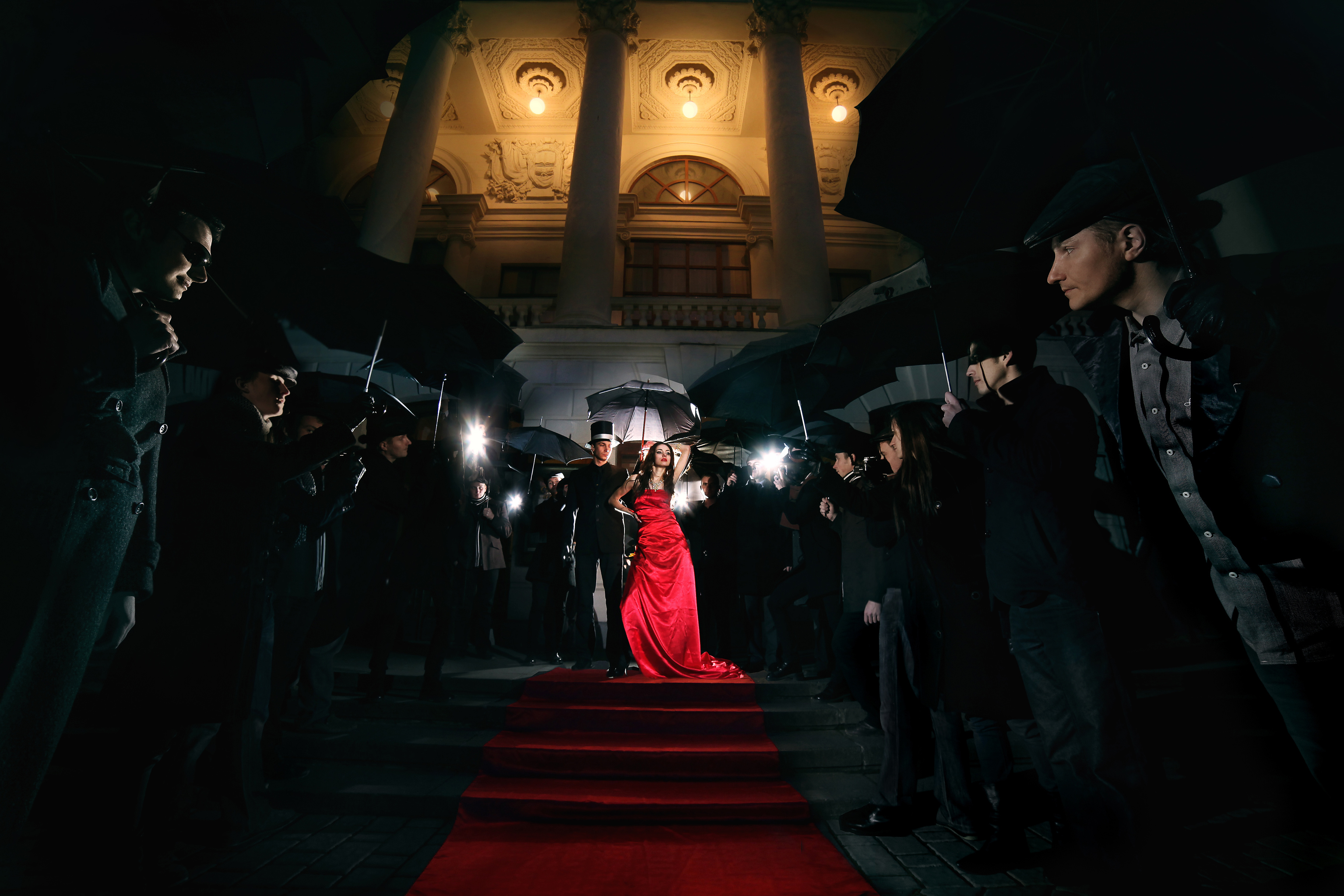 Across 15 Industries, 1 Stands out From the Rest

Let’s face it, Hollywood has always marched to the beat of its own drum. Therein lies much of its magic. And on social media, it’s pretty much the same script.

In fact, according the latest Sprout Social Index, the entire media and entertainment industry—which includes journalists and DJs as well as cinema and sports—reveals itself yet again to be one big anomaly.

In examining trends for 15 verticals across Facebook and Twitter, the latest Sprout Social Index uncovers several surprising standouts (but not always for the right reasons). In this edition, for Q1 2016, we shine a light on the media and entertainment industry while examining how people talk to brands across all major industries as well as several networks, including, for the first time, our latest integration, Instagram.

At the start of Q1, we discovered that all brands are seeing an average of 2,742 messages per social account across industries. Last quarter alone, the average social profile in the media and entertainment category received a staggering 9,052. That’s about 3 times as many messages as the next closest industry, nonprofits, which received just 3,105 messages in the same time period. For every social account tied to media and entertainment, that comes down to about 100 messages a day, 44 of which directly require a response—that’s 44 opportunities to strengthen your brand. Yet for every 9 promotional messages, the industry issues just 1 response.

So, with big-time social events like the Super Bowl and Academy Awards just around the corner, how will the industry respond (for better or for worse)—and what can others learn as a result? Our Q1 2016 Sprout Social Index takes a closer look.

Give the People What They Want?

Several studies suggest it’s time for the media and entertainment industry to wake up and get talking on social. Fans demand it, and it’s becoming increasingly important to the bottom line.

There is one thing that media and entertainment does well—and that is get back to its audience quickly. The downside is that it’s able to get back faster because it’s responding to people at the lowest rate of any industry (just 6.6% of the time).

In fact, media and entertainment is tied with education, professional services and utilities for having some of the quickest responses on social (at 9 hours). Of course, according to Convince & Convert, 42% of consumers expect to hear back within an hour. So hold your applause, please.

The most responsive group this time around goes to the retail industry (at a rate of 18.2%). Coming off a busy holiday season, perhaps many retailers took our advice from last quarter.

Think of “average social messages that need a response” as a barometer for audience engagement. In this category, the travel and hospitality industry is sailing ahead. More than half (55%) of the messages it receives provide an entry point for conversation.

We were delighted this quarter to see the utilities industry dip into the negatives for a very positive reason: With a ratio of -0.4 posts-per-replies, the industry issues more responses than it does promotional updates on social, showing that it prioritizes social customer care.

Sprout’s Stance
Last quarter, we advised retailers to account for seasonal spikes in social communication, especially around the holidays. This time, we suggest the media and entertainment industry get a bit more granular and look at peak hours of the day. You’ll want to do this year-round, not just during the Super Bowl and Academy Awards, given that inbound messages and messages that need a response have remained steady for this industry for the past few quarters. Consider this key Sprout finding: Audience engagement with the media and entertainment industry reaches its peak around 8 p.m., most notably on Mondays. Allocate your resources as needed, and clearly communicate to your audience when support reps will be the most active as well as how quickly to expect a response. Creating this level of transparency with consumers sets expectations and, potentially, helps your brand avoid negative sentiments.

Most brands appear to still be uncovering the full value of social media, not just as a promotional venue but also as a powerful, two-way communications tool. This is something we have seen—and have been saying—since launching The Sprout Social Index in 2013. A few key takeaways as we assess trends over the past two years:

Sprout’s Stance
Are you working toward the right ROI metrics? Likes and follower counts are about as superficial as a botoxed reality TV star. Focus instead on the metrics that matter: Response rates, response times and the number of promotional updates you post versus how often you engage to support customers are more accurate indicators of progress and growth. Not convinced? Well, according to Rosetta Consulting, engaged consumers buy 90% more frequently, spend 60% more per transaction and are 5 times more likely to indicate that yours is the only brand they would purchase in the future. All these factors lead to engaged customers delivering 3 times the value to the brand over the course of a year.

#RainbowUnicorn is the queen of color! #InsideOut

The Instagram account for Pixar’s “Inside Out” offers a range of content that humanizes the animated film. The account includes character color palettes, real-time photos from industry events, user-generated-content and artwork from the film’s character art director. These exclusive photos leave fans feeling like a VIP on a virtual red carpet. Craft an intimate relationship with fans by sharing Instagram photos and videos that give followers unprecedented access to every aspect of your film, from ideation to award season.

Scale at the Rate of a Small Biz

Consider this: While small businesses (organizations of 0–200 employees) have far fewer resources than big industry players, they are actually much more efficient at managing their Facebook and Twitter accounts than their medium- (201–1,000 employees) and large-sized (1,000+ employees) counterparts.

Sprout’s Stance
The size of your brand shouldn’t determine the quality of your social relationships. All businesses should think small on social and pay homage to their scrappier roots. Large brands can scale this more intimate, one-to-one experience by putting the right people and tools in place to sift through the social noise and get to the messages that matter most, ensuring everyone feels heard. Remember, your brand may be famous, but you’re not a celebrity. And elusiveness won’t build mystique; it will just cost you customers.

This is true. All your FAQs are on https://t.co/zkwhvpEBCM

The announcement that the St. Louis Rams were returning to Los Angeles riled fans—and they reacted all over social. The organization smartly anticipated and prepared for an influx of Tweets by directing followers to a comprehensive FAQ hub. Take a page from the Rams’ playbook by proactively educating your community about changes to your organization that affect perception and continued patronage. When information is too dense for 140-character Tweets, instruct followers on your owned properties.

Conversations vs. Promotions: Strive for a 1:3 Ratio

The Q1 2016 Sprout Social Index finds a striking correlation between brands with the lowest post-per-reply ratio (2.8) and those with the biggest audiences (of 101K+).

Of course, Sprout would suggest that brands with a sizable audience have a greater reason to make a bigger investment in social customer care.

So, is it the chicken or the egg? One thing is clear: If you want to build and/or maintain a bigger flock of fans, aim to strike up at least 1 conversation for about every 3 messages you put out on social.

What movie will you be seeing @AMCTheatres this weekend? Get tix: https://t.co/HFPSXB0but

Get to know your audience by asking them questions. AMC Theaters garnered more than 1,000 responses within 24 hours when it polled Twitter followers, “What movie will you be seeing @AMCTheaters this weekend?” This simple prompt encouraged organic conversation and showed fans the brand is invested in their thoughts and interests—while driving them to theaters. Similarly, you can use Twitter Polls to ask your followers about their opinions on subjects related to your brand while compelling them to take action.

If you’re looking to get a response from brands, you’re better off heading to Twitter. Response rates on Twitter are 36% better than they are on Facebook.

Additionally, you won’t have to hold your breath quite as long—you should hear back from a brand about 3 hours faster on Twitter than Facebook.

Still, brands are continuing to grow their promotional efforts on Facebook. Since Q4 2014, brands have increased the amount of messages they’re sending on Facebook by nearly 90%.

Instagram is exponentially growing in popularity. More and more, people are using the network to engage in conversations with brands, but brands aren’t keeping up. In fact, last quarter, brands received 115% more messages from their audience on the platform; however, they only increased the messages they sent by 28%.

Sprout’s Stance
You’re so vain, you probably think this stance is about you. Seriously, what’s the point of product shots and selfies if you’re not answering questions from people engaging with your brand on Instagram? The platform isn’t just visual; it’s also a go-to communications tool. Know that people are using Instagram to research restaurants, gain product recommendations and engage with their favorite brands, just as they do on Facebook and Twitter—but with potentially even greater value. In fact, according to Shopify, engaged followers on Instagram are worth $65 on average, compared to $55 for Facebook and $46 for Twitter. These are great numbers all around, but don’t underestimate the newbie.

Bad blood between Taylor Swift and her fans is nearly nonexistent. The pop star is a pro at captivating her Swifties on social. Natasha didn’t even have to tag Taylor’s Instagram to receive a “happy birthday” from the singer. Ensure it’s a love story with your supporters by surprising them with unexpected messages. Go beyond @mentions and engage with fans by searching for Twitter keywords related to your business. Replying to these Tweets will resonate with your followers and keep your brand top of mind.

If you want to improve your brand response rate and time—which will build engagement and therefore your overall social value—take this advice from Sprout’s very own Social Media Manager Darryl Villacorta.

How to Increase Your Social Response Rate

How to Cut Your Social Response Time

Lastly, Darryl leaves brands with this key piece of advice: “Find the problems before your customers do. Proactive customer service goes a long way to build loyalty and repeat business.”

Sprout’s Stance
Don’t leave your audience with a cliffhanger. While you’re online pumping out messages, get back when people have questions. At Sprout, we developed protocols to ensure our social and support teams work collaboratively to quickly respond to customers, cutting our average response time by about 50% since July—down from 100 minutes to just 52. Set benchmarks for your team members, and measure their efforts accordingly.

The Sprout Social Index is a report compiled and released by Sprout Social. All referenced data is based on 198K public social profiles (95K Facebook; 78K Twitter; 25K Instagram) of continually active accounts between Q4 2014 and Q4 2015. More than 1 billion messages sent and received during that time were analyzed for the purposes of this report. Some data may have shifted from the last Sprout Social Index report due to a shift in the social profiles analyzed; however, all overarching trends remain consistent. Industry classifications were based on LinkedIn industry categories. In some cases, closely related industries were merged into a single overarching industry. All messages analyzed that were considered casual mentions or not in need of a response were excluded from engagement, response rate and response time calculations with the intention of eliminating noise. Analysis of which messages required attention was done using Sprout’s proprietary technologies. Response time and response rate calculations were done using Sprout’s Engagement Reporting technology found in the Sprout Social product. For questions about the Index data, please contact: pr@sproutsocial.com.